No Reunion For ABBA?

In news that’s bound to disappoint loyal ABBA fans (including us), it looks as though those rumours of a group reunion might just be that... rumours.

Last night, members of the Swedish group marked 40 years since their international breakthrough hit 'Waterloo' on Monday with a party for hundreds of guests at London's Tate Modern gallery.

Bjorn Ulvaeus said he felt "extremely proud and humbled" by decades of success that includes hit records, the stage and movie musical "Mamma Mia" and a Stockholm museum dedicated to the band. 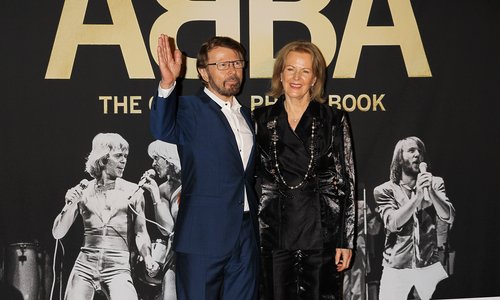 But when Anni-Frid Lyngstad was asked if they were going to make fans' wishes come true with an ABBA reunion, she simply said “no”.

Frida Lyngstad went on to say that said she was proud of ABBA's ultra-70s look of big boots and sequined hotpants, which have been documented in a new photo book about the band.

"It was our youth, it was our time, and we decided how we wanted to dress ourselves onstage," said Lyngstad. "And it was fun."

OK, so an ABBA reunion isn’t looking likely… but we can live in hope, right?