Dolly Parton is one of the most iconic and successful country singers of all time.

Even if you're not a massive country fan, you'll no doubt have heard of Dolly Parton. And chances are, you love her.

Dolly is back with a brand new festive album, A Holly Dolly Christmas, full of duets including Michael Bublé and Miley Cyrus.

Meanwhile, she's also starring in a new Netflix movie Christmas on the Square, so she's here to save Christmas!

Here are all the big facts about Dolly that all fans should know...

Dolly Parton songs: What are her biggest hits?

Dolly has composed over 3,000 songs, including 'I Will Always Love You', which became a huge hit for Whitney Houston in 1992.

Dolly Parton age: How old is she?

Dolly Parton husband: Is she married?

In 1966, Dolly married Carl Dean. He is a retired asphalt road-paving businessman, who prefers to stay out of the limelight.

While Dolly does not use Dean's surname professionally, she has said that her passport says 'Dolly Parton Dean'. She has also said that he has seen her perform only once.

Read more: The history of Dolly Parton and Carl Dean’s 54-year marriage, and their secret to long-lasting love

In 2011, the couple celebrated their 45th anniversary. Dolly said: "We're really proud of our marriage. It's the first for both of us. And the last."

In 2016, she announced that she and her husband would renew their vows to mark their 50th wedding anniversary later in the month.

Dolly Parton children: Does she have any kids?

Dolly and Dean helped raise several of Dolly's younger siblings in Nashville, with her nieces and nephews referring to her as 'Aunt Granny', which became the name to one of the singer's Dollywood restaurants.

The couple have no children of their own, but Dolly is the godmother of singer Miley Cyrus.

Who were Dolly Parton's parents and family?

Dolly's middle name comes from her maternal great-great grandmother, Rebecca. She has described her family as being "dirt poor".

What was Dolly Parton's relationship with Porter Wagoner?

In 1967, country star Porter Wagoner invited Dolly to join his company, offering her a regular spot on his weekly TV series The Porter Wagoner Show, and in his live road show.

Wagoner convinced his label, RCA Victor, to sign her. They recorded several albums and singles together, and became one of the country's most popular and successful double acts.

Dolly had always wanted a solo career, and decided to leave Wagoner's company. Their last duet concert took place in April 1974, and she left his TV show in mid-1974. Their last album together was 1975's Say Forever You'll Be Mine.

Wagoner died in 2007 at the age of 80. Dolly was at his bedside alongside his family. 'I Will Always Love You' was written about her professional break up from Wagoner.

Dolly Parton movies: What films did she star in?

Dolly's first big movie role was 1980's 9 to 5 alongside Lily Tomlin and Jane Fonda, which featured her hit song of the same name. The film won her several Golden Globe and Oscar nominations.

She has also appeared in the movies The Best Little Whorehouse in Texas, Rhinestone and Steel Magnolias.

Dollywood is a theme park located in the Knoxville-Smoky Mountains metroplex in Pigeon Forge, Tennessee. It is the biggest ticketed tourist attraction in the state.

Originally called Rebel Railroad in 1961, and later Goldrush Junction and Silver Dollar City, it was renamed Dollywood after the singer bought an interest in 1986. In 2010, Dolly said she became involved with the project because she "always thought that if I made it big or got successful at what I had started out to do, that I wanted to come back to my part of the country and do something great, something that would bring a lot of jobs into this area."

The park has several thrill rides, traditional crafts and music of the Smoky Mountains area, as well as concerts and musical events each year, including appearances by Dolly and her family, and other national and local musical acts.

What is Dolly Parton's net worth? 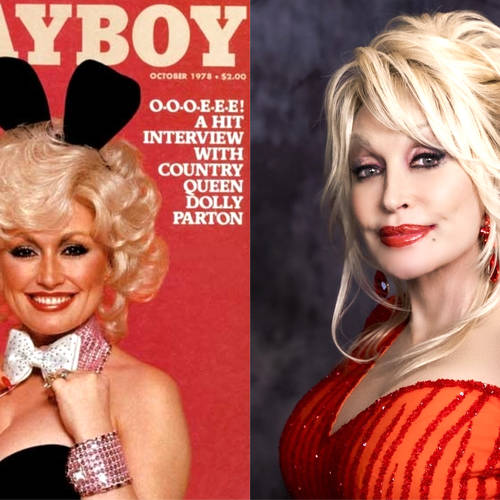 Santa Claus is Coming to Town song: Who wrote the Christmas classic and what are the lyrics?

Have Yourself a Merry Little Christmas: Who wrote the festive song and what are the lyrics?