Elvis Presley fans have been anticipating who will play their favourite singer in the upcoming Baz Luhrmann biopic, but now the wait it finally over. Here's everything we know about the film so far...

Who will play Elvis Presley?

After a little less conversation and a little more action, it has now been revealed that Austin Butler has been cast as Elvis in the new biopic.

The 27-year-old was picked to play the singer, with Warner Bros Pictures announcing the news in a statement on Monday night.

Director Baz said: “I knew I couldn’t make this film if the casting wasn’t absolutely right, and we searched thoroughly for an actor with the ability to evoke the singular natural movement and vocal qualities of this peerless star, but also the inner vulnerability of the artist.

“Throughout the casting process, it was an honour for me to encounter such a vast array of talent.

“I had heard about Austin Butler from his standout role opposite Denzel Washington in The Iceman Cometh on Broadway, and through a journey of extensive screen testing and music and performance workshops, I knew unequivocally that I had found someone who could embody the spirit of one of the world’s most iconic musical figures.”

Nickelodeon and Disney Channel alumni Austin will also star as the Manson Family’s Charles ‘Tex’ Watson in Quentin Tarantino’s upcoming Once Upon A Time In Hollywood.

The actor posted the news to Instagram, quoting a line from Elvis hit 'Love Me Tender': “You have made my life complete, and I love you so.”

Austin’s partner Vanessa Hudgens wrote on Instagram: “I am over the ******* moon. I can’t wait. So proud of my honey!”

Who will play Colonel Tom Parker?

Tom Hanks is set to play Elvis's manager Colonel Tom Parker, with the 62-year-old confirming filming will begin in 2020.

"That’ll be sometime next year," he told the BBC in 2019. "My make-up man, Danny Striepeke, who did my make-up for I think, 17 films - had done Elvis on, among others, Viva Las Vegas… and Harum Sacrum and Kissing’ Cousins. So he had made some really lousy Elvis movies.

"He told me stories about both Elvis and also Colonel Parker. So I was a little bit hip to what that union was… that odd kinda like… Mephistophelian bargain."

Who will play Priscilla Presley?

Olivia DeJonge, 21, has been cast as Priscilla Presley in the upcoming biopic and will act alongside Austin as Elvis.

Baz said: "Olivia is capable of manifesting the complex depth and presence that has made Priscilla Presley an icon in her own right.

"She’s an extremely talented young actor and the perfect counterpoint to Austin’s Elvis."

What will the film be called?

The title of the film is simply, Elvis.

Is there a trailer for the biopic yet?

There is not currently a trailer for the film as it is currently in production. Check back to SmoothRadio.com for future updates when the trailer is released.

When will the film be released?

Film bosses initially announced that filming would begin in early 2020, with a release date scheduled fo October 21, 2020. However, that date has since been scrapped after government coronavirus restrictions halted production.

Filming was halted in March 2020 after Tom Hanks and his wife Rita Wilson both tested positive for coronavirus.

Production is now set to resume in Queensland, Australia on September 23, 2020.

In a statement, Baz said: “We’re back to, as Elvis liked to say, ‘taking care of business!’ It is a real privilege in this unprecedented global moment that Tom Hanks has been able to return to Australia to join Austin Butler and all of our extraordinary cast and crew to commence production on Elvis.

“I cannot emphasise enough how lucky we feel in the current climate that the state of Queensland, and Queenslanders in general, have been so supportive of this film.

“We thank our partners in the Queensland Government and Queensland Health for their extremely diligent process, so that we can be an example how creativity and productivity can proceed safely and responsibly in a way that protects our team and the community at large.

“We are all excited to start working with Tom Hanks when he is out of quarantine in two weeks.”

Speaking to Deadline back in April, Baz revealed that the entire cast and crew of Elvis were tested for coronavirus after production shut down.

He recalled: “A team turned up in hazmat suits and we were tested. We wouldn’t have been immediately infectious – you have to see if you have symptoms – but poor Tom and Rita, they were in the hospital and we were locked down in quarantine.

“They did really good tracing work by looking at the footage. Some of the players were extras, but they tracked everybody down and they quarantined everyone who had real contact with Tom.

“And it turned out we never had one more infection in the entire crew.” 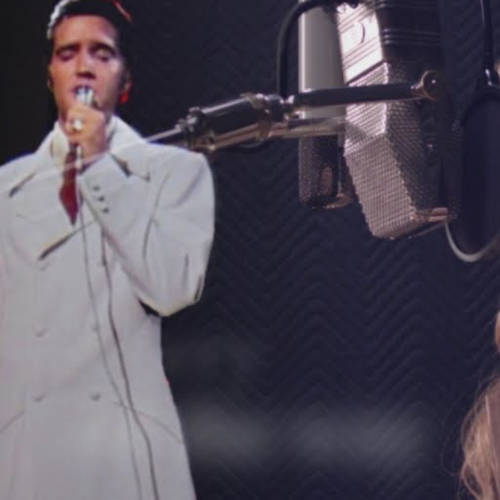