Madonna has announced that she will be performing at the 2015 Brit Awards.

The pop queen posted the announcement on Twitter today (February 03) confirming her attendance. 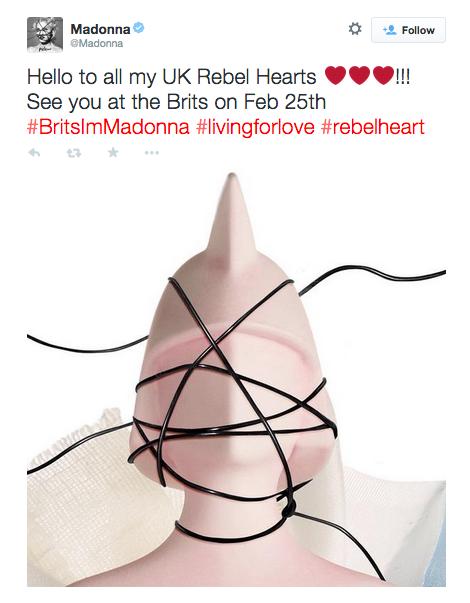 We had previously reported that Madonna wanted to perform at the show, with a source saying: "Madonna wants to perform to the biggest number of people for the maximum impact and there's no better place for a controversy-filled Madonna performance than the Brits”

"She has cleared her diary for the Brits. She knows she needs to really entertain and bring a good show because she'll want to be the talking point.”

Paloma Faith and Take That have previously been confirmed to perform at the ceremony.

Madonna also recently confirmed her appearance at this year's Grammy Awards on February 8. She’s busy promoting her upcoming album Rebel Heart, which has caused her some trouble in recent months, after six songs from the new album were released following an online leak.

Listen to Madonna's 'Living for Love' below: