We now know Paul McCartney's favourite cheese, thanks to a Twitter Q&A session. Here's the best of the rest.

2. He sings in the shower

3. He loves a bit of alien chest-popping 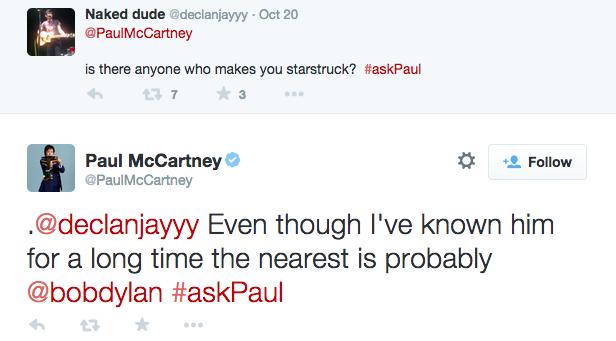 7. He likes a lot of cheese

During the chat, the former Beatle also revealed details about upcoming projects, including a link to a rare version of "Beware My Love" featuring Led Zeppelin's John Bonham on drums - listen now: