Boy George facts: What is the Culture Club singer's real name, who is his boyfriend and how old is he?

Boy George became an international superstar in the 1980s thanks to his unique fashion and amazing voice.

Here are all the big facts every fan should know about the pop icon...

1. What is Boy George's real name?

His Irish parents are Jeremiah and Dinah O'Dowd, and he has four brothers and one sister. 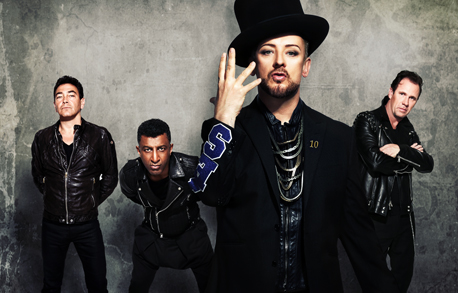 Boy George's androgynous style of dressing caught the attention of music producer Malcolm McLaren, who had previously been the manager of the Sex Pistols. He arranged for George to perform with the group Bow Wow Wow.

Going by the stage name Lieutenant Lush, his time with Bow Wow Wow proved difficult with lead singer Annabella Lwin. He eventually left the group and started his own band with bassist Mikey Craig.

They were joined by drummer Jon Moss and guitarist Roy Hay. They chose the name Culture Club to refer to the band's various ethnic backgrounds.

3. What are Boy George's biggest songs?

With Culture Club, Boy George scored several big hits around the world including 'Do You Really Want to Hurt Me?' and 'Karma Chameleon'.

He also had success as a solo artist, including the UK number one 'Everything I Own'.

5. What is Boy George's net worth?

6. Who is Boy George's boyfriend?

Boy George is not currently known to be in a relationship. In 2015, he posted on Instagram that he was single.

When he was with Culture Club, much media attention was given to his androgynous appearance, and there was speculation about his sexuality.

In his book Take It Like a Man, George said he had secret relationships with punk rock singer Kirk Brandon and Culture Club drummer Jon Moss.