Cyndi Lauper is one of the most iconic artists of generation, thanks to her distinctive image, amazing vocal range and songwriting talents.

We've picked just a few songs from her back catalogue to make a perfect Cyndi Lauper playlist...

Amazingly, this song was originally written from the male perspective about women in the bedroom by Robert Hazard in 1979.

Four years later, Cyndi's version carried a totally different feminist attitude, portraying that all women really wanted was to have the same experience that men could have. It went on to become one of the biggest hits of the 1980s. Try not to sing and dance along to this when it's played at the next 80s cheese night.

This was one of Cyndi's first ever singles, and was written with Rob Hyman of the band The Hooters. It has become known as one of the best love songs of the 1980s.

The inspiration for the song came after both songwriters were going through similar situations in their own relationships: he was coming out of a relationship, while she was having issues with her boyfriend at the time, David Wolff.

This was the lead single from Cyndi's second album in 1986. Billy Steinberg originally wrote the song about his own mother, before Tom Kelly altered the first verse and submitted the song to Anne Murray, who passed on recording it, and then to Cyndi.

The song has also become a standard in the gay community. Cyndi has said that the song had resonated with her because of the recent death of her friend, Gregory Natal, from HIV/AIDS.

Also written by Steinberg and Kelly, this pop-rock classic was originally offered to Roy Orbison, who recorded it 1987. However, his version wasn't released until 1992.

Taken from Cyndi's debut album, Jules Shear wrote this song as a folk-rock track for his 1983 album Watch Dog. After The Cars recorded their own version, which they didn't use on any of their albums, Cyndi decided to cover it.

Although she initially intended to do a straight cover of Shear's version, she transformed it into a pop ballad instead.

Rock band The Brains first recorded this song in 1978, before Cyndi made a cover version for her debut album.

The song deals with how money interferes with relationships, and it gave Cyndi one of her first hits in 1984.

This track was featured on Cyndi's second album True Colors, and it remains one of her favourite songs to perform live.

Fun fact: The Bangles provided backing vocals on the song!

In 2003, Cyndi recorded the covers album At Last, featuring various classic jazz and easy listening standards that worked perfectly with her voice.

The highlight was the title track, originally made famous by Etta James and is now a wedding dance favourite the world over. 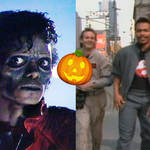 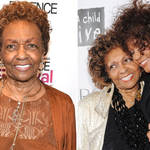 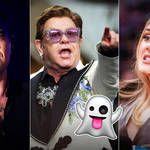 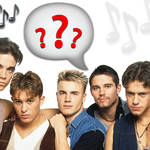 QUIZ: Guess the '90s number one from just the intro! 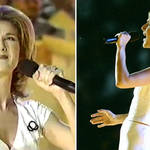 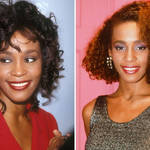