This image appears in the gallery:
Beatles’ Ringo Starr And Singer Bill Withers Inducted Into Hall Of Fame 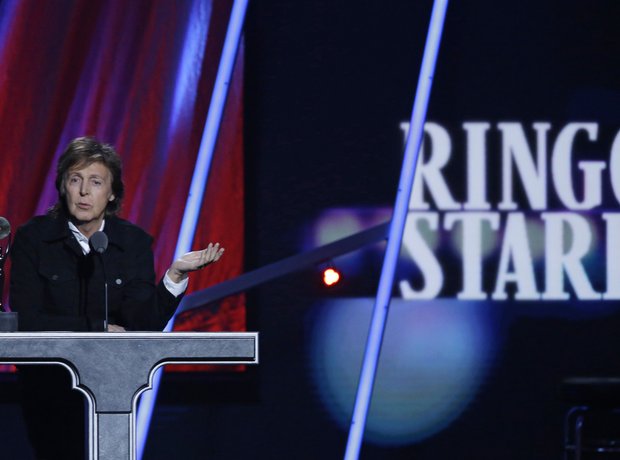 The 74-year-old was the last of the Fab Four to be inducted as a solo artist, where he was hailed as "one of the greatest and most creative drummers". While inducting his former bandmate, McCartney said he could always rely on Starr to perform on every song. "You don't have to look with Ringo - he's there," he said.