This image appears in the gallery:
Greatest Reunions Ever 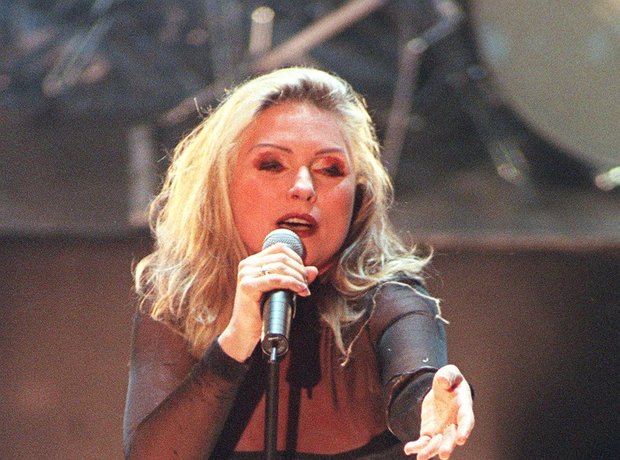 Blondie's first UK number one single was Heart of Glass in 1979, and they had a string of hits over the next three years including Call Me, Atomic and The Tide Is High. The new-wave band were commended for their eclectic but accessible mix of styles, but broke up after the release of 1982 album The Hunter. In 1999, exactly twenty years after Heart of Glass topped the world, they came back with the release of No 1 single Maria. To date, Blondie have sold over 50 million records worldwide.