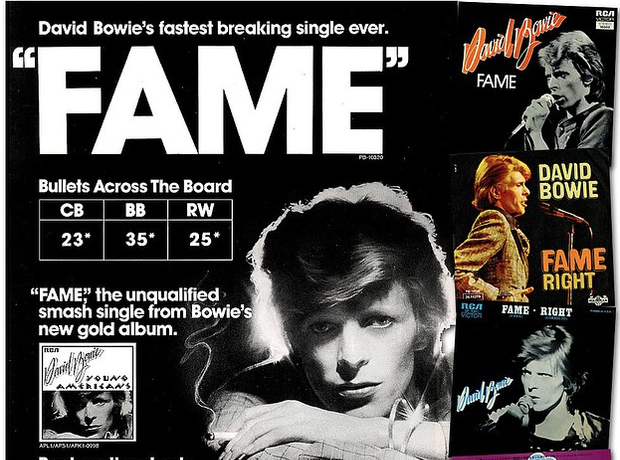 In 1974 Bowie moved to the US, first to New York and then to LA. 'Diamond Dogs', a concept album setting 1984 to music, was the result of his recording sessions on the new continent and proved a hit both sides of the Atlantic. A lavish tour was arranged, but coincided with Bowie's increasing cocaine use and emaciation. He broke in Philadelphia to record the plastic soul of 'Young Americans', giving him his first US No.1, 'Fame'. When 'Space Oddity' was rereleased in the UK, it too went to No.1.