Ed Sheeran Has Just Been Nominated For A Huge Music Award

Ed Sheeran has been nominated for the 2017 Hyundai Mercury Prize Album of the Year Award.

The 26-year-old released his third studio album '÷' earlier this year following a year away from the spotlight.

It features the hits 'Perfect', 'Castle on the Hill' and 'Galway Girl' and stormed the UK charts, remaining at number one for 14 weeks.

Other artists nominated for the prestigious award include grime artist Stormzy for his debut LP 'Gang Signs & Prayer', songwriter Sampha for his debut album 'Process' and The XX's 'I See You'. 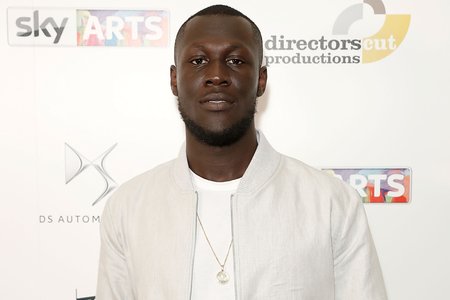 Grime artist Stormzy has also been nominated for the 2017 Hyundai Mercury Prize Album of the Year Award.

The Mercury judging panel is made up of 12 industry figures, including musicians Marcus Mumford, Jessie Ware, Lianne La Havas and Jamie Cullum.

The judges said: "This year's Hyundai Mercury Prize shortlist celebrates the remarkable power of British music. What these artists have in common is an infectious pleasure in music making and an arresting sense of urgency about the music they make. They delight in exploring musical possibilities and refusing to be pinned down by genre conventions."

The awards show will take place on September 14th at the Eventim Apollo, Hammersmith, in London.

The event will feature live performances from many of the shortlisted artists and the evening will culminate in the announcement of the overall winner of the 2017 Hyundai Mercury Prize. The winner will receive the prize money of £25,000.