Has Adele Secretly Got Engaged?

The singer was snapped at a London gig wearing an engagement ring, prompting speculation that she’s now engaged.

Currently on the UK leg of her world tour, the 27-year-old star was snapped wearing what like an engagement ring.

Rumours from backstage say that long-term boyfriend, Simon Konekci, who is the father to her 3-year-old son Angelo, proposed to the London born singer over christmas. 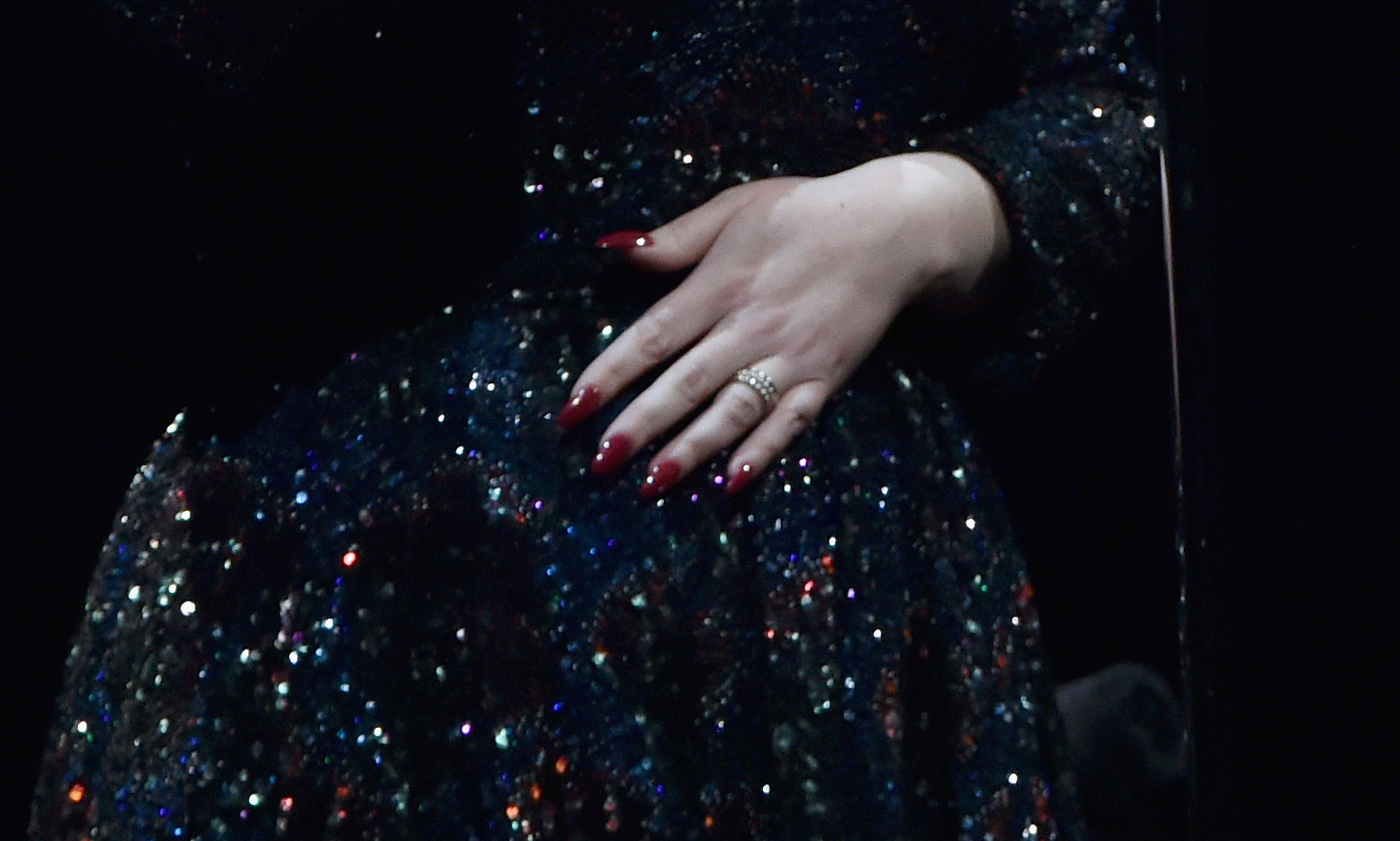 The ring that's got people talking.

Adele had previously said that she felt no pressure to get married, saying ‘We haven’t felt the need to get married. We’ve got a kid together. I feel like that’s a big enough commitment.’

Adele’s camp haven’t commented on the rumours yet, but there was a happy engagement moment at her London show on Tuesday night when a man proposed to his girlfriend during a performance of the Bob Dylan classic 'Make You Feel My Love.'

Thankfully she said yes and Adele brought the couple on stage, saying is was “the most beautiful thing I’ve witnessed at one of my shows.”