We can now all live in a (tiny) yellow submarine.

We are super excited, not only is Christmas coming but now we know exactly what to pop on our wishlists.

Lego have released pictures of a Beatles-inspired Yellow Submarine set that's going to be available in stories from 1st November.

The set consists of over 550 Lego bricks including the 4 mini-figures representing John, Paul, George and Ringo, as well as a Jeremy figure. 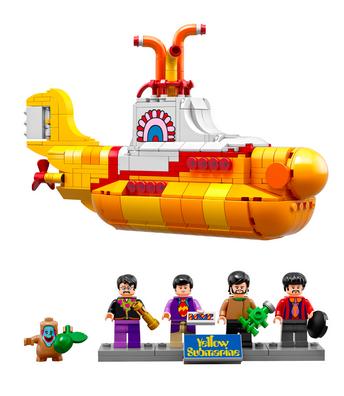 Here is the official description:

Take a surreal trip under the seas in the LEGO® version of the Yellow Submarine from the iconic 1968 animated musical fantasy film inspired by The Beatles. Ideal for display or role-play fun, the Yellow Submarine features loads of cool, authentic details including a cockpit for the included minifigures of John, Paul, George and Ringo.

The recommended retail price is £49.99 and we'll be hoping to see it in our stockings on Christmas Day.