The singer has been back on stage following his nasty fall last week.

The 66-year-old musician was forced to cancel shows at the Royal Albert Hall in London last week after having stitches on a gash on his forehead, but he's back performing in Cologne this week.

The singer fell and hit his head on a chair as he walked to the toilet in his hotel room last week and was kept in hospital under observation.

Daughter Lily, has since told reporters in New York that her father is "doing good". 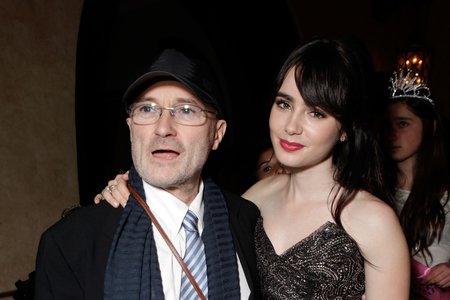 Following the postponement of his London gigs, Phil sent his "sincere apologies" to fans and said he was "excited" to return to the prestigious venue for rescheduled shows in November.

The British music icon has spent the last 10 years in semi-retirement due to a dislocated vertebrae in his neck before making his return to the live music scene this year.

The former Genesis star will return to the UK on June 30th for British Summertime at Hyde Park.