Pop music is getting slower and here's the reason

Have you been opting for easy listening recently, picking slow ballads over the latest dance track? Don't worry, you're not 'getting old', nor are you the only one.

The average tempo of pop songs has decreased by over 20 per cent in the last five years and researchers think it's down to the rising popularity of laid-back hip-hop and people's need for more soothing and comforting music in times of unease.

Bonnie McKee, a songwriter who has co-written eight No. 1 US hits, told Rolling Stone Magazine:

"People were burnt out on uptempo, super-poppy stuff. When you think about the financial crisis of 2008, there was a lot more up-tempo stuff. In a crisis like that, people want to forget about their problems. In a crisis like the one we're in right now, where people's rights are being taken away and being are being shot in the street, that's a different kind of crisis, a moral and social one. People don't really feel right about jumping up and down and bopping right this second."

Yakov Vorobyev, who developed an app called Mixed In Key for DJs, discovered the trend when he compared Spotify's 25 most-streamed tracks in 2012 to the top 25 tracks from 2017 so far.

Vorobyev found that the most popular songs from this year have an average tempo of 90.5 beats per minute (bpm), while in 2012 the most popular tracks had an average of 113.5bpm. He also discovered that 12.5 per cent of songs now have tempos above 120bpm, compared with 56 per cent in 2012.

This trend is likely to have been fuelled by the rise in popularity of many Smooth Radio artists such as Adele and Ed Sheeran. 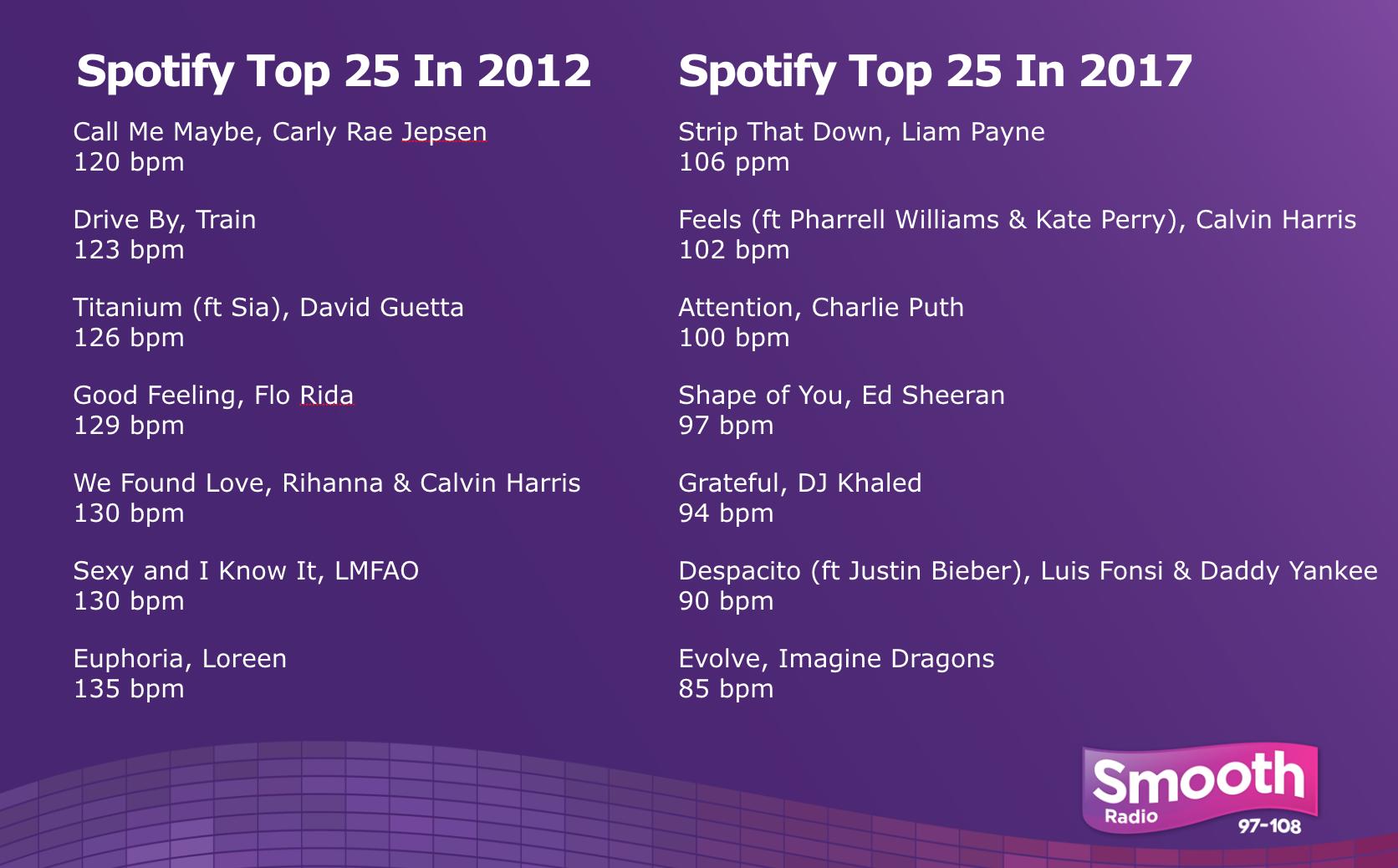 Safe to say, we're quite happy to keep playing more of your relaxing music mix here at Smooth Radio!