It's become as synonymous with Christmas as mince pies, reindeer and Michael Bublé. The Coca-Cola Christmas truck is on its way...

Sure, it might sum up commercialism and promote sugary drinks, but there's something about that little ditty that always gets us excited for Christmas.

And when you see that classic advert for the first time each year, you know that Christmas has officially started.

You may not be aware that you can actually see the famous truck in real life, and Coca-Cola has confirmed the schedule for when it will be driving across the UK. 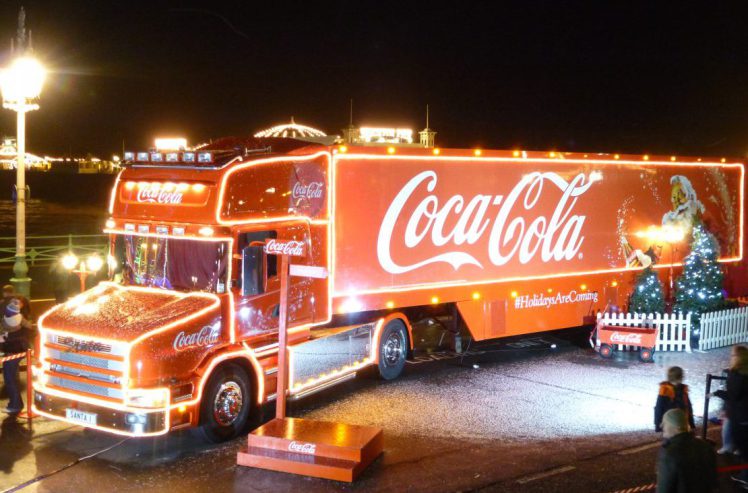 This year, it'll arrive in 42 locations, beginning in Glasgow on November 11, and ending in Lakeside, Essex on December 17.

At each stop, you can take photos of the truck, and enjoy a free can of Coke. Sold.