If you're going to be making live TV, make sure there's no-one around who might embarrass you in front of millions watching at home.

Spare a thought for FOX13 Memphis reporter Scott Madaus in the States, who accidentally had us giggling thanks to a brilliantly-timed cat.

Scott was reporting on a story about a cougar sighting, and was seeing if he could pick it out in the scenery nearby. Only to be met with a feline of the much smaller (and cuter) variety.

In a moment you simply couldn't make up, as he turned to point out the large cat, a tabby was sitting there, under the brilliant caption 'LARGE CAT SPOTTED'. 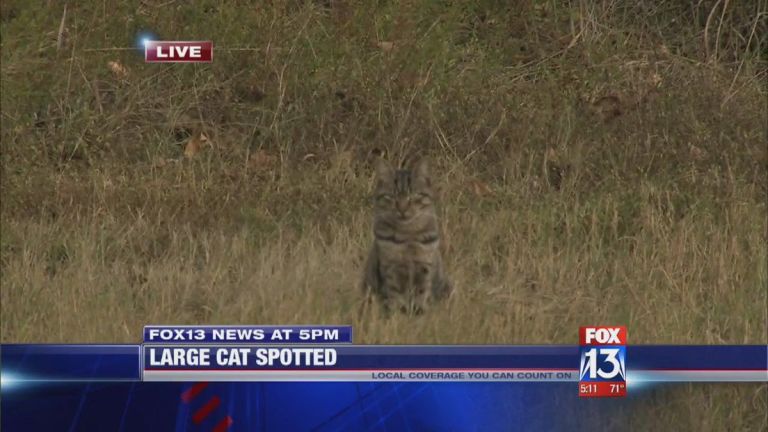 "...And that's not it, that's a house cat," Scott said, before quickly moving on.

The best bit of the whole incident had to be how the cameraman made sure to keep his shot of the cat going on as long as possible, just to make the situation even more hilarious.