Man finds HUGE egg in his box, and was shocked by what was inside

Forget whatever else is going on in the news right now: just look at this massive egg!

Stockman's Eggs in Queensland, Australia posted a photo of the humongous egg on Sunday, and it's a thing of beauty.

Owner Scott Stockman told ABC News that the egg weighed 176g, and looks more like a goose egg than one from a chicken.

The occurrence of an egg inside an egg is called a counter-peristalsis contraction, and it happens when an egg that isn't ready makes its way towards the 'vent'. However, before it is laid, it goes back up inside a chicken's reproductive line. Ouch. 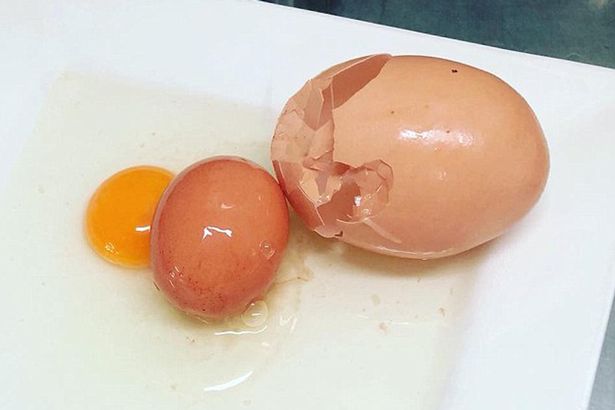 When the egg returns, a second egg then forms around it. It is a very rare thing to see two fully formed eggs incubate together and laid by the chicken.

Two for the price of one, not bad.