When yoga was invented, we doubt it was so that we could drink a beer without using our hands.

But that's exactly what 60-year-old grandad Bradford Ritter did, with incredible results. He's making us feel rather unfit right now.

The video was first released in 2015, but has started doing the rounds again. It has since been viewed over 13 million times on Facebook and YouTube.

Dubbed 'Grandude', Bradford put his yoga skills to 'good' use, in order to prove to his stepdaughter that he could drink a pint of beer off his forehead, without using his arms or hands. 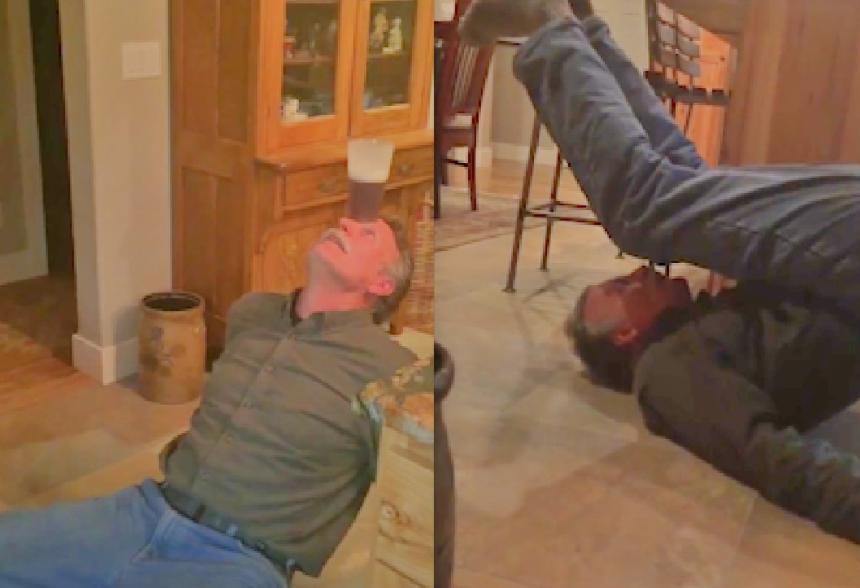 "When your 60 year old step dad bets you he can place a beer on his forehead and drink it without using his hands or arms.............. And he totally kills it," his stepdaughter Alyse wrote at the time.

Despite all the praise heaped onto him, his wife later gave him a ribbing not drinking a "full beer".

Bradford later paid tribute to the man who made it possible, writing: "Thanks to Bud Nevers for teaching this bar trick back in 1974. He claimed to have done it using a pitcher of beer. I believed him."