Would you wear this inflatable bike helmet?

We've just discovered a pretty neat invention that all cyclists will be very interested in.

City cyclists will know that riding around busy traffic can be pretty terrifying at times, and there have been fears in recent times that traditional helmets do not offer enough protection against head injuries.

Researchers now reckon that the best alternative to the usual hard foam, is the kind of airbags found in most modern cars. 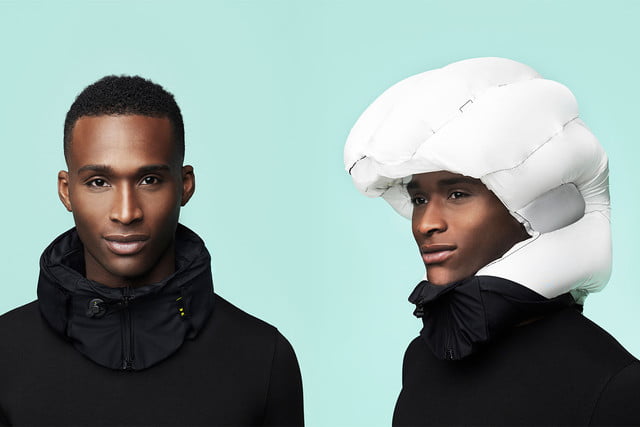 Research by Stanford University in California has shown that an airbag-style helmet is up to six times more effective at reducing impacts than a standard helmet.

This helmet comes from Swedish company Hövding, and it features a collar from which an inflatable helmet emerges when it detects movement associated with a bike crash.

But would you wear one? It might look rather ridiculous when inflated, but still, if it works it seems pretty swish to us...

Britain's Got Talent: Amanda Holden cries as she's reunited with woman who saved her life