Can you solve this maths puzzle aimed at 7-year-olds?

Maths isn't everyone's favourite subject at school. Far from it, for most of us.

So when you haven't had to worry about maths for years, looking at a child's test paper as an adult makes it look like we've picked up Albert Einstein's equations notebook.

There's a particular maths puzzle doing the round online this week, which has got many parents rather stumped.

Not only that, but the question was aimed at a class of pupils aged seven and eight.

> QUIZ: Can you pass GCSE Maths?

Mum Angie Werner's daughter, Ayla, showed her mum the maths problem - and Angie was rather baffled. 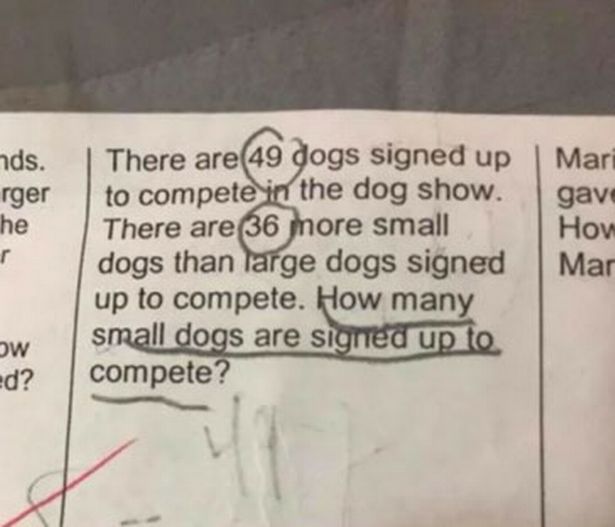 Angie posted the question on a Facebook group for other mums, and no-one could quite figure it out. And we got it wrong first time, too.

Apparently, "The district worded it wrong," Angie later said. "The answer would be 42.5, though, if done at an age-appropriate grade."