40 Years On: Watch The Faces Back In Action!

The Faces reunited for the first time in 40 years for a charity show on Saturday and judging by the crowd's reaction, they haven't lost it.

Front-man Rod Stewart was joined by drummer Kenney Jones and guitarist Ronnie Wood to belt out some of their hits, all in aid of Prostate Cancer UK. 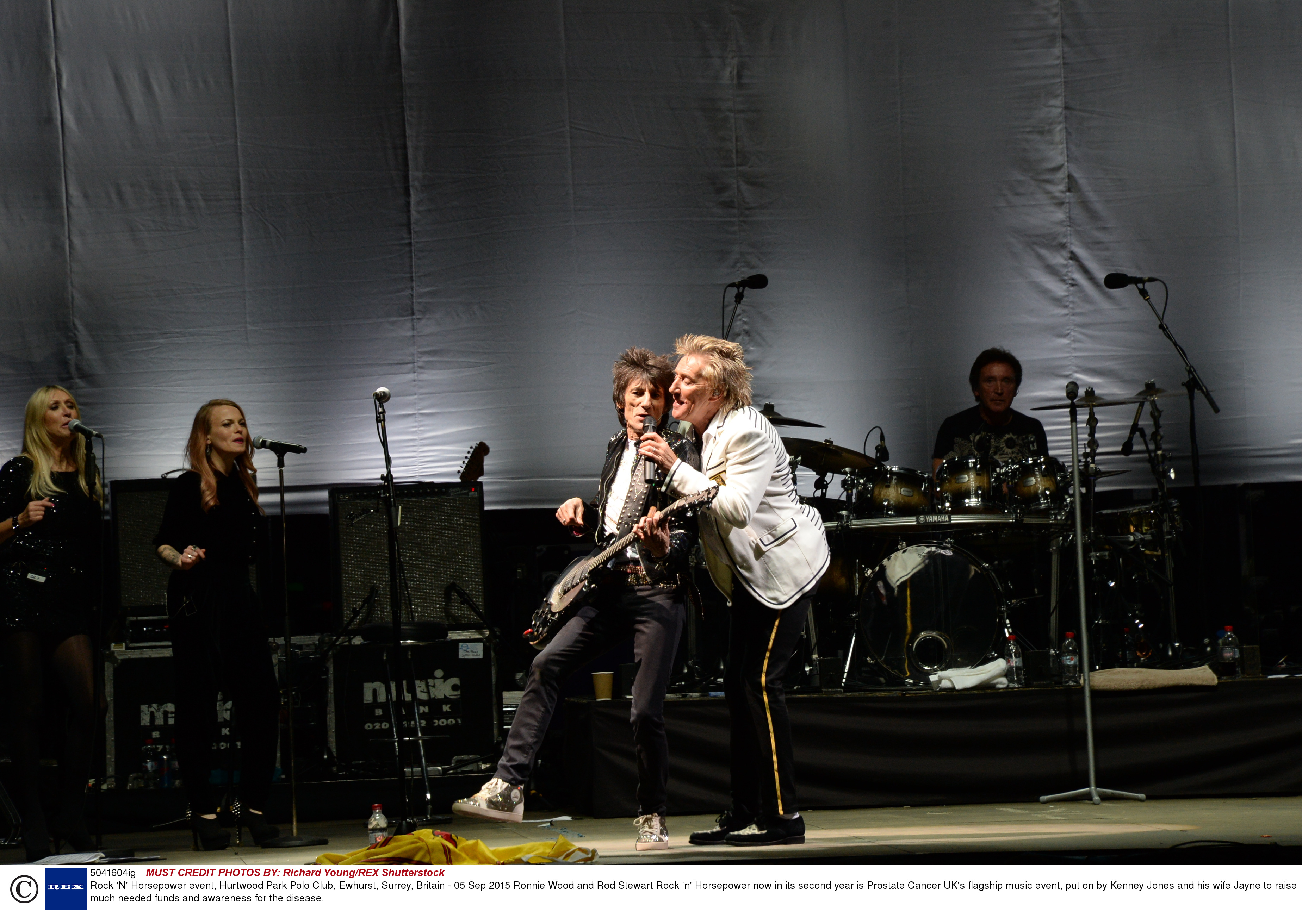 Although it was meant to be a one-off, we can expect more gigs from the group with drummer Jones even hinting that Glastonbury could be on the cards.

He told reporters, “If we decide to take it any further there is every chance we could do it. We would love to.”

Stewart took to Twitter after the show to share their set-list and also pay tribute to his band mates:

Watch The Faces perform 'Stay With Me' from Saturday night's show:

One of our favourite bands are set to reunite next month for a one-off gig.

Rod Stewart, Ronnie Wood and Kenney Jones will get together to headline a charity event in aid of Prostate Cancer UK.

Rod announced the gig on his website, saying: "This year is the 40th anniversary since The Faces parted ways so it's about time we got together for a jam! Being in The Faces back in the day was a whirlwind of madness but my God, it was beyond brilliant."

The band originally dismembered in 1975 after Wood left to become a full-time member of The Rolling Stones.

Sadly, two of the other original members of the group have since passed away. Bassist Ronnie Lane died in 1997 as a result of multiple sclerosis, and keys player Ian McLagan suffered a fatal stroke in December 2014.

The Faces reformed for a live performance back in 2010 with Simply Red's Mick Hucknall, but now that Rod is back on board, we're hoping this could be the start of a reunion tour for 2016!