Stevie Wonder Getting Married For The Third Time

The 67-year-old star will tie the knot in a lavish ceremony in June.

Stevie Wonder is planning to tie the knot with 42-year-old Tomeeka Bracy - the mother of his two youngest children this summer.

Reports say the ceremony will take place in Jamaica on June 17, with stars like Sir Elton John and Sam Smith on the guest list.

And the 'I Just Called To Say I Love You' hitmaker – who already has seven children from his previous relationships – is believed to have asked his all of his children to be bridesmaids and groomsmen on the special day. 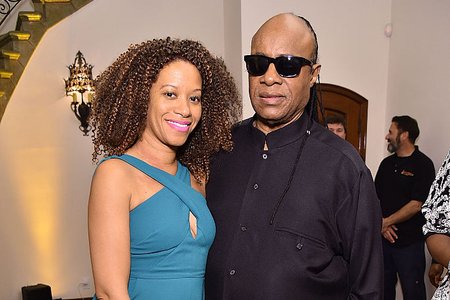 A source told MailOnline: "It is going to be a huge, incredibly fun wedding and Stevie is flying out all his nearest and dearest.

"The guest list is pretty spectacular, and there will be a couple of surprise performances on the night.

"There will be a huge party afterwards as well, and the whole day will be about love, laughter and family; Stevie is very close to his, and they will all have a role to play on the big day."

Stevie, who has been blind from a young age, will sign the wedding papers using two fingerprints to ensure his vows are legally binding, whilst Tomeeka will go through the traditional process of penning her signature on the official certificate.

And it has been reported the pair have also signed a pre-nuptial agreement prior to their big day to secure their assets.