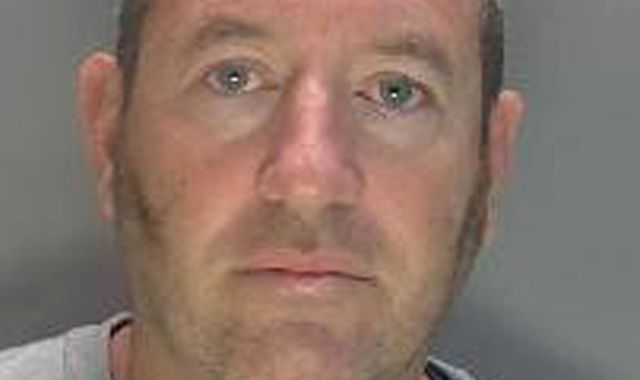 One of rapist cop David Carrick's victims is planning to sue the Metropolitan police for damages, claiming the force could have stopped him from ruining her life.

The woman said she hoped legal action might help expose the detail of the police mistakes.

She said: "I am not the same person I was before I met him. During our time together, he made me feel scared, humiliated, and worthless. I have carried all of those feelings with me for years following the relationship.

"After what he put me through, I have struggled with trust. I do not trust men, I am unable to build healthy relationships. I do not trust authorities, especially the police."

The Metropolitan Police has accepted it failed Carrick's victims by not properly vetting him when he joined the force and letting him stay for two decades, even though it was warned many times of his predatory behaviour.

The victim, who cannot be identified for legal reasons, lived with Carrick at his Hertfordshire home for many months, while he served as an armed officer protecting parliament and foreign embassies. He raped her repeatedly.

Carrick was finally arrested for rape in 2021 and suspended. Last week, he admitted 49 sex offences, including 24 rapes, against a dozen victims.

The woman, now in her 40s, has consulted lawyer Harriet Wistrich, director of the Centre for Women's Justice. Ms Wistrich said: "We are exploring potential legal remedies, which could include a claim for damages under the Human Rights Act and potentially other failings.

"We are also very keen to bring together the information that we have about the history of Carrick's offending to ensure that there's really a thorough inquiry into what the hell was going on.

"It's unbelievable this officer could be serving in the Metropolitan Police for nearly 20 years, had been repeatedly reported for violent behaviour towards women, and had held attitudes that clearly were beyond outrageous for a police officer.

"He not only remained in the police, but he was promoted and was given a firearm. He very much abused his position as a police officer but, more importantly, he was clearly a violent psychopath in his treatment of women and he should have been stopped much, much earlier."

The victim said that after she moved in with Carrick he wouldn't let her work and she had to shut down her own business. When she left him, she was penniless and homeless and forced to use food banks.

She said: "Ever since the relationship I have regularly experienced nightmares. I have dreams where I'm imprisoned in his house and searching for an escape. I would wake up screaming and sweating with my heart pounding."