The two pals delighted fans with a duet ahead of Elton's Oscars bash.

Elton John just loves to give back to his fans and he's been popping up with a lot of surprise performances lately.

Earlier in the month he surprised London commuters with an impromptu piano sing-along at St Pancras station and this weekend he held a free afternoon concert in Hollywood to thank the people of California for hosting his annual Oscars bash. 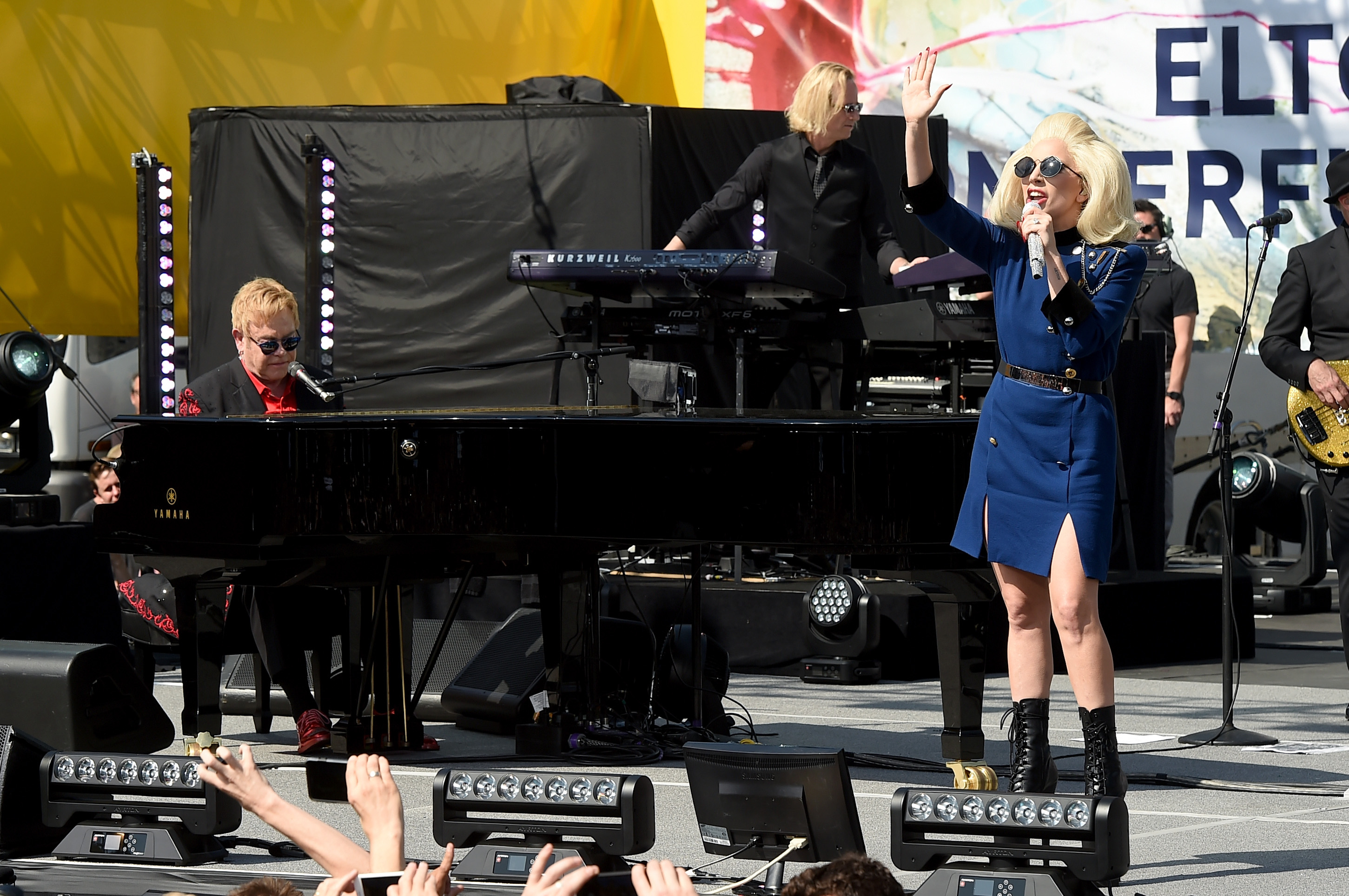 The concert wasn't the only surprise for Elton's fans as the 68-year-old was joined on stage by his pal and Godmother to his children, Lady Gaga.

The pair duetted on Elton's hit 'Don't Let The Sun Go Down On Me' - originally released as a duet with George Michael in 1991.

The performance gave us goosebumps and we hope to see more from this duo in the future!

Watch Elton John and Lady Gaga sing 'Don't Let The Sun Go Down On Me':