11 ways to get rid of hay fever for good

The sun is nice and all, but hay fever is the absolute worst.

As soon as the hot weather comes along, so does sneezing, itchy eyes and a runny nose. We just had to put up with that in the winter!

Want to beat hay fever for good? There are some remedies that can help you out...

What are hay fever symptoms?

One in five of us suffer from hay fever in the UK. Hay fever usually hits its peak from May onwards, when the UK grass pollen season starts, affecting 95% of hay fever sufferers, and continues until July.

Symptoms include a runny nose, itchy eyes, sneezing, the feeling of mucus at the back of your throat (lovely), coughing, general tiredness, headaches. Essentially, you're ruddy miserable.

If you're wondering whether you have hay fever or a cold, then the best way to tell the difference is through your mucus. With hay fever, the mucus is normally clear and colourless, and your nose feels itchy. With a cold, mucus can be green, and you can also get a temperature.

The best method is to buy hayfever tablets or nasal sprays. Antihistamines block the chemical histamine, which is released by the body as a hay fever allergic reaction.

Antihistamines can either be taken beforehand on days when you know there’s probably going to be a high pollen count (check the weather reports), or when you first notice you’re having symptoms.

These are steroid treatments that are most effective if you take them a few weeks before symptoms start, which can be tricky.

If you're having a big event coming up, like a wedding or holiday, your doctor may prescribe a short course of these to deal with hay fever during that time.

If you're having a blocked nose, then these remedies such as Care Decongestant Tablets, can be very good as they also have an anti-inflammatory effect. This helps to reduce any swelling of blood vessels in the nose.

While the remedies above can have small side effects, these natural powder sprays (such as Care Allergy Defence) has no side effects and is also non-drowsy.

If you spray it into your nose, it forms a protective gel layer, which then acts as a barrier to hay fever allergens. It can be used at least three times a day, and as often as needed.

You can rub the base of your nose with a nasal balm, to help stop any pollen before it enters your body.

They are invisible and usually non greasy, so you hopefully won't have unsightly shiny nostrils!

6. A spoonful of honey

Honey can help desensitise your body to other pollens, and reduce other hay fever symptoms. Not only that, but it tastes nice!

7. Have a hot beverage

Chamomile tea in particular is known to help relieve inflammation in your airways.

Chamomile is an antioxidant with an antihistamine effect, and it’s also a source of flavonoids. These help strengthen your nasal passages to stop pollen and the like from entering your bloodstream in the first place.

Providing you're not a vegetarian, the omega fatty acids contained in fish are important for a healthy immune system.

Fish oil in particular is anti-inflammatory, and is a good booster for your immune system.

9. Clear out the fridge

Lots of foods can reduce hay fever symptoms, but many of them can actually make it worse. Dairy over stimulates your glands, while tomatoes are naturally high in histamines.

10. Have an evening shower

If you wash your hair at night instead of the morning, this will help get rid of any pollen that's stuck in your hair, and thus won't sit on your pillow and make it worse overnight.

We know that having a cheeky beer and the like during the summer can be lovely, but alcohol can actually make hay fever worse.

Research in Denmark found that drinking alcohol increases chances of an attack by 3%. 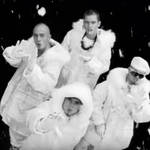 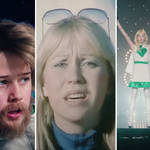 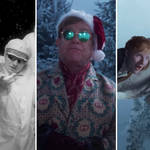 What songs do Ed Sheeran and Elton John parody in the 'Merry Christmas' music video? 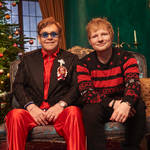 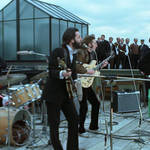 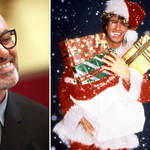