What was Freddie Mercury's vocal range?

Freddie Mercury had one of the most recognisable voices in pop and rock history.

But just how good was the frontman's vocal power?

While Freddie's speaking voice fell in the baritone range, he delivered most songs in the tenor range.

His known vocal range extended from bass low F (F2) to soprano high F (F6). He could also get up to tenor high F (F5).

Biographer David Bret described his voice as "escalating within a few bars from a deep, throaty rock-growl to tender, vibrant tenor, then on to a high-pitched, perfect coloratura, pure and crystalline in the upper reaches."

Spanish soprano Montserrat Caballé, with whom Freddie recorded an album, said that "the difference between Freddie and almost all the other rock stars was that he was selling the voice".

In 2016, a group of Austrian, Czech, and Swedish researchers conducted research about Freddie's voice, and while they couldn’t confirm the long-held belief that his range spanned four full octaves, they did discover that despite being known as a tenor, he was more likely a baritone.

They also found that Freddie's vocal cords moved faster than most people’s. While a typical vibrato will fluctuate between 5.4 Hz and 6.9 Hz, Mercury’s was a massive 7.04 Hz.

All in all, Freddie Mercury had one of the most powerful voices ever known. 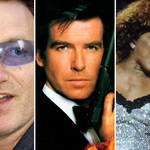 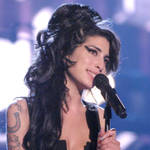