Tony famously quit Spandau Ballet last year, with the rest of the band later saying they would never let him back in the band.

Appearing as a contestant on the celebrity edition of The Great British Bake Off for Stand Up to Cancer on Channel 4, Martin made a 3D biscuit creation based on when Spandau Ballet performed at Live Aid in 1985.

His creation featured all five Spandau stars in miniature form, and was displayed in front of judges Prue Leith and Paul Hollywood, and presenters Sandi Toksvig and Noel Fielding. 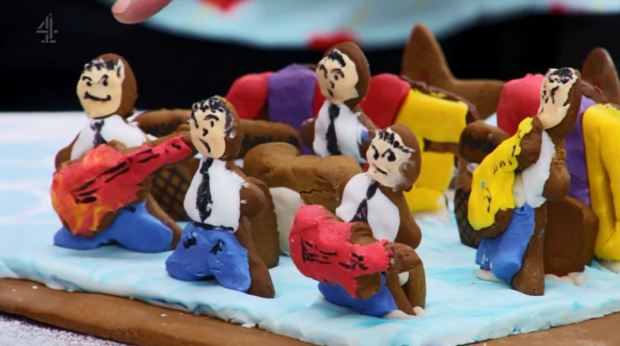 Prue said: "I think the actual scene and musicians is terrific." When asked which biscuit was him, Martin pointed himself out before saying: "But Tony left the band so…"

He then proceeded to pick up the Tony biscuit and casually bit off his head before eating the rest.