Robbie Williams gets a shocking new tattoo... of his own face

Eyebrows have been raised at some of Robbie Williams' tattoos in the past - from his Take That logo to the famous Two Ronnies' glasses.

But now he's shocked his fans even further with this latest, his own face emblazoned onto his chest. 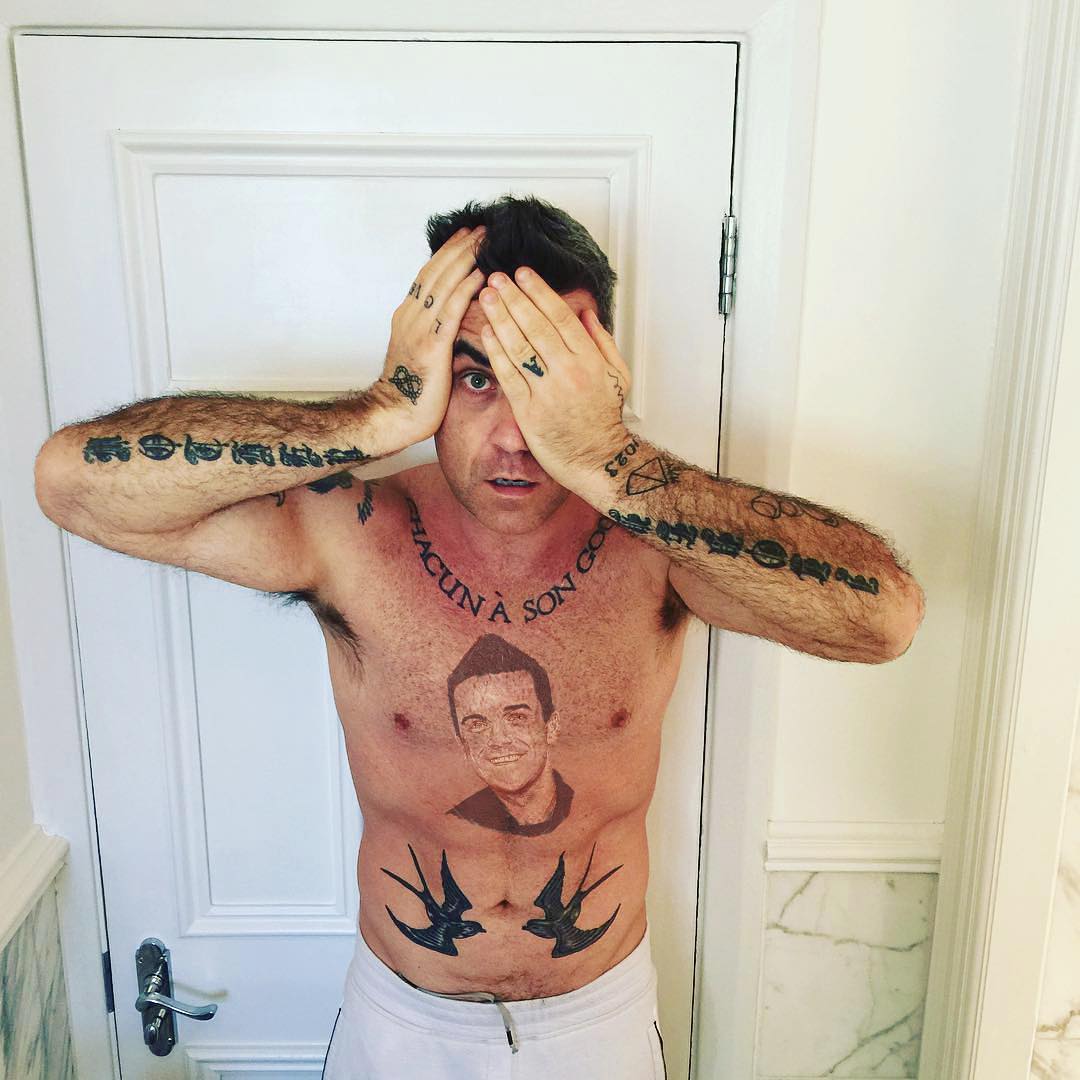 But worry not, the tattoo is clearly a temporary one.

Plus, eagle-eyed fans pointed out that his wife Ayda Field had posted the same photo months ago without the offending ink.

Robbie has at least 25 tattoos on his body, so we wouldn't be surprised if we got one of his face eventually. But we highly doubt Ayda would allow him to get away with that one.

You had us there for a minute, Rob!