Declan Donnelly asked fans for a round of applause for Ant McPartlin after hosting the live finale of Saturday Night Takeaway last night (April 7).

Dec took charge of the live episode from Florida without Ant for the second time, after he stepped down from the show following a drink-driving charge.

After the ITV series went off the air, Dec told the crowd that the shows had been "fun" but "tinged with sadness".

He also asked them to applaud Ant, saying he "is back at home" and would "appreciate that".

Dec had finished the programme filmed at the Universal Orlando Resort by thanking fans for "all the love and support during the series". 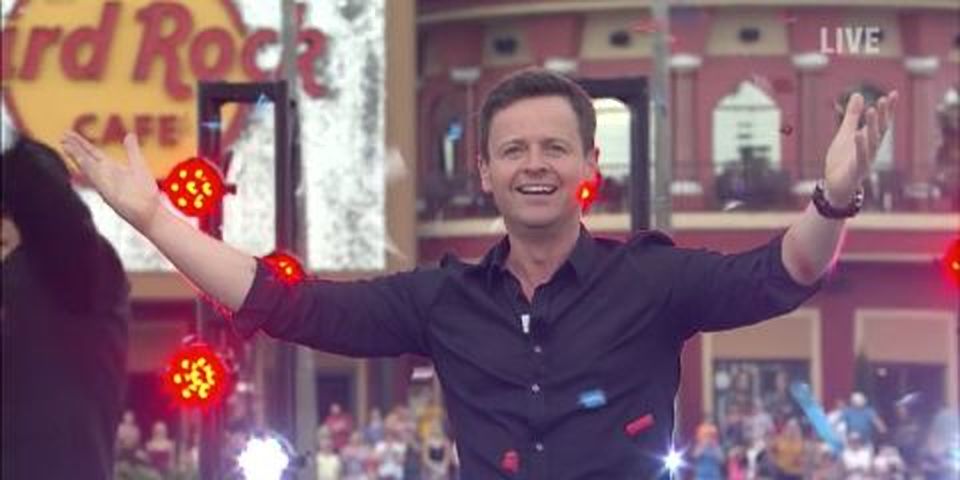 Ant is scheduled to appear in court later this month, after being arrested following a crash with two other cars while driving his car in south-west London on March 18.

Show contributors Scarlett Moffatt and Stephen Mulhern took on larger presenting roles while Ant was away.