Martin Kemp, Harry Hill and Teri Hatcher are among the Celebrity Bake Off stars

Spandau Ballet star Martin Kemp and American actress Teri Hatcher are among the stars taking part in a charity edition of The Great British Bake Off.

20 stars will feature in the Channel 4 special in total, including comedian Harry Hill and Countdown host Nick Hewer.

Five episodes will see judges Paul Hollywood and Prue Leith reunite with presenters Noel Fielding and Sandi Toksvig, and it will be part of Channel 4's fundraising campaign with Cancer Research UK. 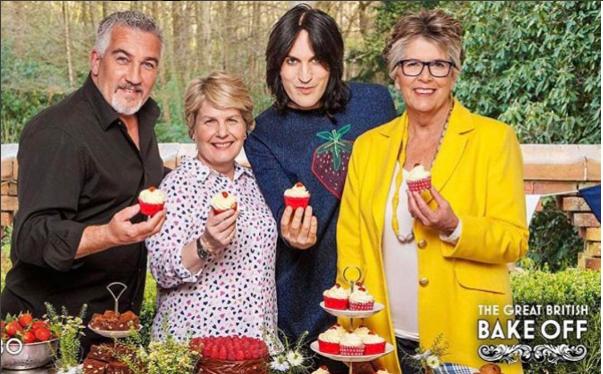 Channel 4 has yet to announce when the specials will air on TV. It is the first such series since they took it over from the BBC in 2016.

The Masked Singer odds: Who are the most likely celebrities behind the masks?