Actress Emma Chambers has passed away at the age of 53, her agent has confirmed.

She was best known for playing Alice Tinker in the 1990s sitcom The Vicar of Dibley opposite Dawn French.

Her other roles included Notting Hill and the TV adaptation of Martin Chuzzlewit.

A statement from her agency said she died from natural causes on Wednesday evening (February 21) and that she would be "greatly missed". 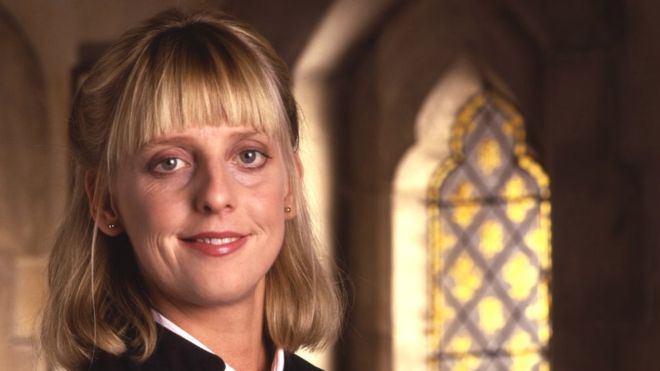 "Emma created a wealth of characters and an immense body of work. She brought laughter and joy to many," she said.

She is survived by her husband, actor Ian Dunn.

In 1998, she won the British Comedy Award for 'best TV actress' for playing Alice Tinker.

Tributes have been given online by her former co-stars and friends, including Dawn French and Hugh Grant:

I was regularly humped like this by the unique & beautiful spark that was Emma Chambers. I never minded. I loved her. A lot . pic.twitter.com/imzkoyKja9

Emma Chambers was a hilarious and very warm person and of course a brilliant actress. Very sad news.

Watch a clip from The Vicar of Dibley below: