Jim Bowen, best-known for hosting the iconic ‘80s darts gameshow Bullseye, has passed away at the age of 80.

His wife confirmed the news with a local radio station in Lancashire.

Although he was best-known for his work on Bullseye, and his catchphrases (‘Have a look at what you could’ve won!’), Bowen began as a stand-up comedian in the clubs and pubs of the northern circuit. He was also a teacher.

His other famous phrases included "Super, smashing, great" and "You can't beat a bit of Bully!" 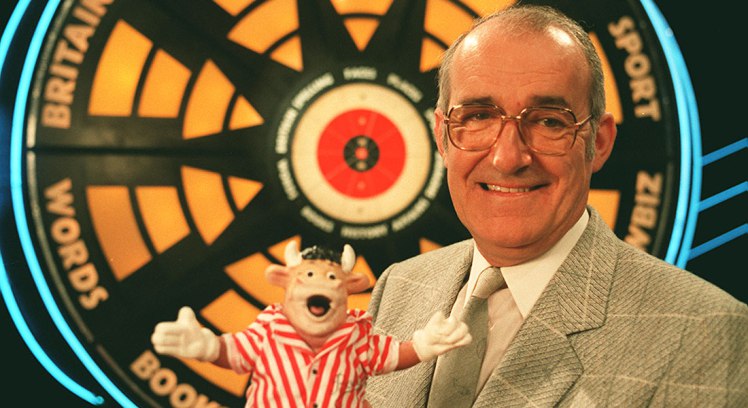 He was also a former deputy headmaster and later began his entertainment career as a stand-up comic on the club circuit in the 1960s.

In 2011, Jim said he had learned to "appreciate all the things in life" after suffering two strokes. His agent Patsy Martin told the Press Association: "I will very sadly miss Jim. He was a very lovely, genuine man."

Watch the classic intro for Bullseye: