"It was a great pleasure to know him and work with him."

Tributes have been paid to John Mahoney, who has passed away at the age of 77.

The British-born actor was best known for playing Martin Crane in classic sitcom Frasier, where he played the curmudgeonly but good-natured father of the title character and his brother Niles. 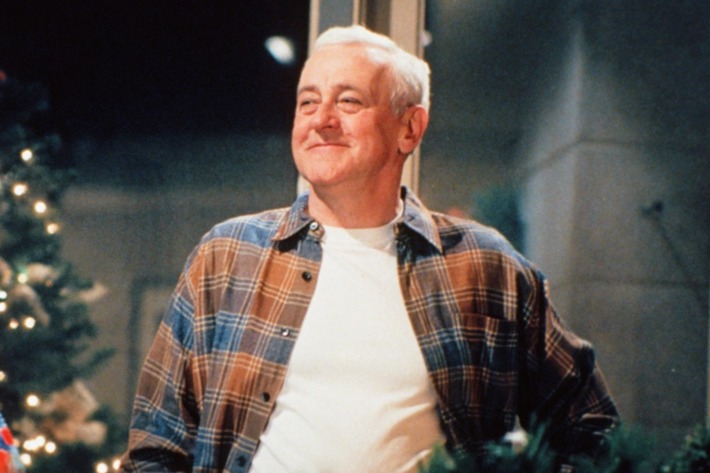 He was also a member of the Steppenwolf theatre company for 39 years.

“It is with our deepest sorrow that we share the news that ensemble member of 39 years John Mahoney passed away,” the company wrote. “Tonight’s opening night performance of You Got Older has been cancelled. We are instead inviting all to gather in Front Bar this evening. All are welcome to join us.”

It was a great pleasure to know him and work with him. From Moira and I, Rest In Peace old friend. pic.twitter.com/qONXgv6GVv

Born in Blackpool, where his mother was evacuated to escape Nazi raids during World War Two, Mahoney moved to America as a young man.

“I’ve not known a kinder man nor more brilliant actor,” Frasier casting director Jeff Greenberg wrote. “We were all blessed to have spent 11 glorious years together.”

The great John Mahoney passed away today at age 77. I've not known a kinder man nor more brilliant actor. We were all blessed to have spent 11 glorious years together. pic.twitter.com/hn3SZwuEy4

Peri Gilpin, who played Roz in Frasier, also shared a photo of Mahoney singing at her wedding, asking fans to "remember him well".

John singing at my wedding. Watch Moonstruck, Say Anything and/or Frasier or anything you can with him in it and raise a glass to John. Remember him well. pic.twitter.com/Tj3i5B4x13

QUIZ: We can guess your eye colour from just your music taste