Robbie Williams has officially announced the latest edition of Soccer Aid, and it already has a massively popular star taking part.

Usain Bolt is the first announced celebrity to be playing in the seventh Soccer Aid fundraiser, which will take place at Old Trafford at 8pm on Sunday June 10 - just four days before the World Cup begins.

The eight-time Olympic champion will captain the Rest of the World team made out of football legends and A-list stars, against an England team captained by Robbie.

Bolt is known to be a huge Manchester United fan, so this will be a big moment for the Olympic legend! 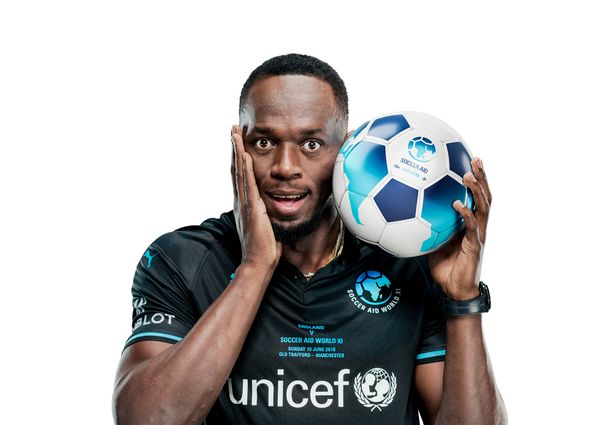 Bolt said: "It is my dream to make it as a professional footballer, so to be able to step out onto the pitch at Old Trafford in June, and play against some of football’s biggest legends is going to be remarkable.

"I enjoy the thrill of competition in front of a crowd, so Robbie and his England team better watch out as I won’t be going easy on them!

"I’ve got a pretty special celebration planned for when I score, by the way. My team is going to be unbeatable – and Soccer Aid for Unicef is counting on your support to make a difference to thousands of children around the world. Come and join in the fun!"

Further details including all the other players will be revealed in the upcoming weeks. We can't wait!