Who is Alexa Davies? Meet the actress who plays a young Julie Walters in Mamma Mia 2

WARNING: There may be spoilers ahead!

Everyone from Amanda Seyfried to Lily James to Cher were on top form in the sequel, but we'd argue that one of the standout stars was Alexa Davies, who plays Young Rosie in the film, the character also played by Julie Walters in the present day.

Alexa Davies is a 22-year-old Welsh actress who has starred in many British TV shows over the years, including New Tricks, Holby City, Cuckoo, Cradle to Grave, Grantchester and Harlots.

She had a leading role in the as Aretha in the Channel 4 comedy Raised by Wolves, and she played Toby Jones's daughter in the BBC Four comedy Detectorists.

This is arguably her biggest role yet, so we're expecting big things from the talented actress. 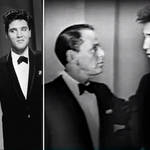 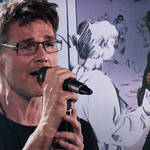