The X Factor could be lining up a big name star to replace Louis Walsh on the judging panel.

Robbie Williams has apparently been in negotiations with ITV for the past few weeks, with bosses hoping he'll sign up.

Louis Walsh recently announced that he would be leaving the show after 13 years.

"Nothing has been signed yet but Robbie is now one of the favourites to become a judge this year," an insider told the Mirror. "It is very exciting and we feel he will bring a lot to the show."

Robbie has been a regular guest on the show in previous years, and has often appeared at the judges houses stage, alongside Sharon Osbourne in 2013 and 2016 and Gary Barlow in 2011.

He said back in 2016 that he had been approached in the past, saying: "I enjoy those judges houses days, they are good fun. I am a frustrated judge and frustrated TV personality and for six hours of those days I get to be one. 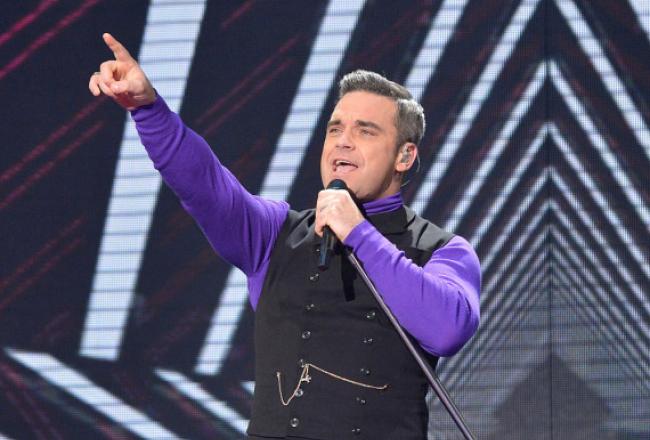 "They have asked me to be a judge and they do but even if I am frustrated, I don't want to do it for 16 weeks or whatever."

The source added: "Robbie knows well how the show works, especially as his pal Gary was on it for a few years. He has been too busy before with his own music but this year bosses think they might be able to persuade him to do a full series.

"There is nothing like 16 weeks filming involved anymore as the show has a shorter run."

Robbie would be following his Take That bandmate Gary Barlow, who was a judge from 2011 to 2013.

The 'Angels' singer was recently spotted watching the final of Britain's Got Talent, which also features Simon Cowell on the panel.