All five Take That mums reunite to watch The Band musical... and Lulu was there too!

Robbie and Jason may not have been there, but their mums were.

Take That were in attendance to watch the press night of their new musical The Band at the Manchester Opera House this week, and they were joined by some very special guests.

Gary Barlow, Howard Donald and Mark Owen performed the classic 'Relight My Fire', with Lulu making a surprise appearance to belt out her verse.

Not only that, but all five of the boys' mums were there to watch the show.

Sadly, Robbie Williams and Jason Orange did not attend show. But Robbie's mum Janet told the BBC that it was like "travelling back 20 years". 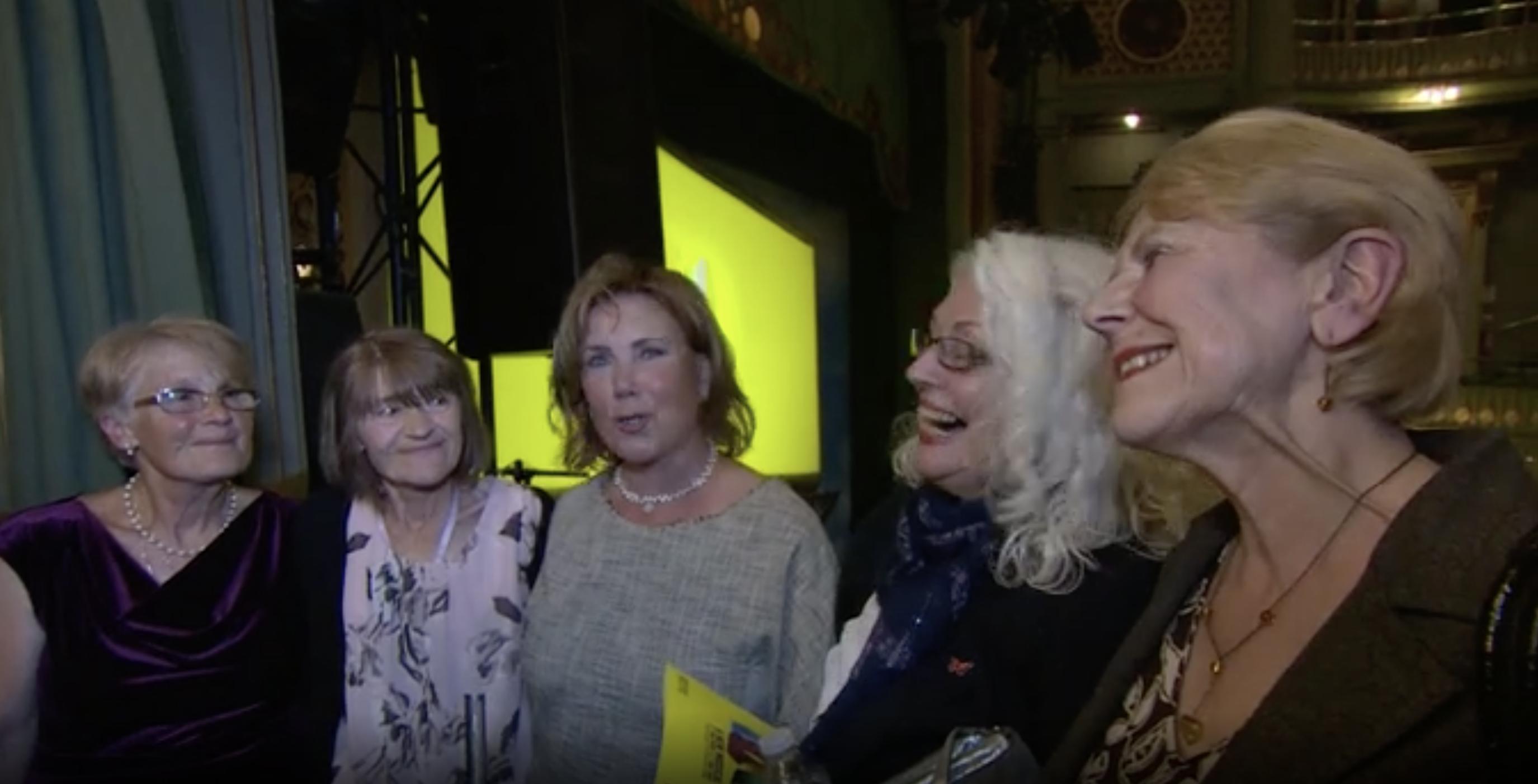 "I'm blown away with it," said Gary Barlow's mum Marjorie. "I've seen it quite a few times now and it just gets better."

The Band stars the winners of BBC talent show Let It Shine, and features the music of Take That. Written by Tim Firth - and directed by former EastEnders star Jack Ryder - it tells the story of five female friends who are obsessed with an unnamed boyband.

The show will head out on a UK tour after concluding its Manchester run this Saturday (September 30). Early reviews for the show has been largely positive.

Watch a classic Take That performance below: