Sir Tom Jones is one of the world’s most well-loved and renowned singers but there was a time when he was unsure if he would continue to pursue music.

Tom Jones is a music legend who has sold over 100 million records during his career - he is extremely well respected and appreciated by many.

However, The Voice UK judge recently opened up about a period of uncertainty that he had around whether he’d continue singing.

Speaking to the i Newspaper, Tom Jones explained that he “didn’t know” if he would carry on pursuing music after his wife Linda passed away in 2016.

Tom Jones released his new album Surrounded by Time earlier this year and it has been extremely well received as some of his best-ever work.

Surrounded by Time’s opening track is Tom’s rendition of the Bernice Johnson Reagon track 'I Won't Crumble With You If You Fall'. Tom mentioned that the song echoed one of the last conversations he had with Linda shortly before she died.

Tom said: “I didn’t know if I was going to carry on [singing]. But she told me that I had to. And she told me not to fall, not to crumble.

“When I heard that song, I thought, ‘Oh my God, it’s like the last two weeks that I had with my wife.’ I think she would have wanted me to do that song.”

Explaining further, Tom mentioned that he struggled because he wasn’t able to seek Linda’s “honest” opinion on his records.

“She was always very honest. She’d ask, ‘What is this? Who are you aiming at with this? Why did you do this?’” Tom added.

Upon her passing, Tom made a huge decision and relocated to London after spending more than 40 years in California in the US.

Tom described his grief as “devastating” and said that “life’s been very different” after his wife’s death.

He explained: “When a loved one dies, it’s devastating, you feel lost. Life’s been very different for me.

“But there’s got to be some redemption, something that you can learn from. Especially for the loved ones who are still alive. You’ve got to stay strong for everybody.” 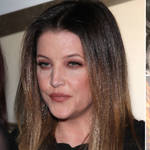 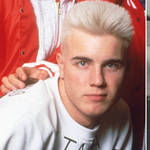