Hundreds of special invites to Prince Harry and Meghan Markle's wedding have been sent out today (March 22).

Kensington Palace confirmed that the invites had been sent out on Twitter, posting a photo of the stamped letter: 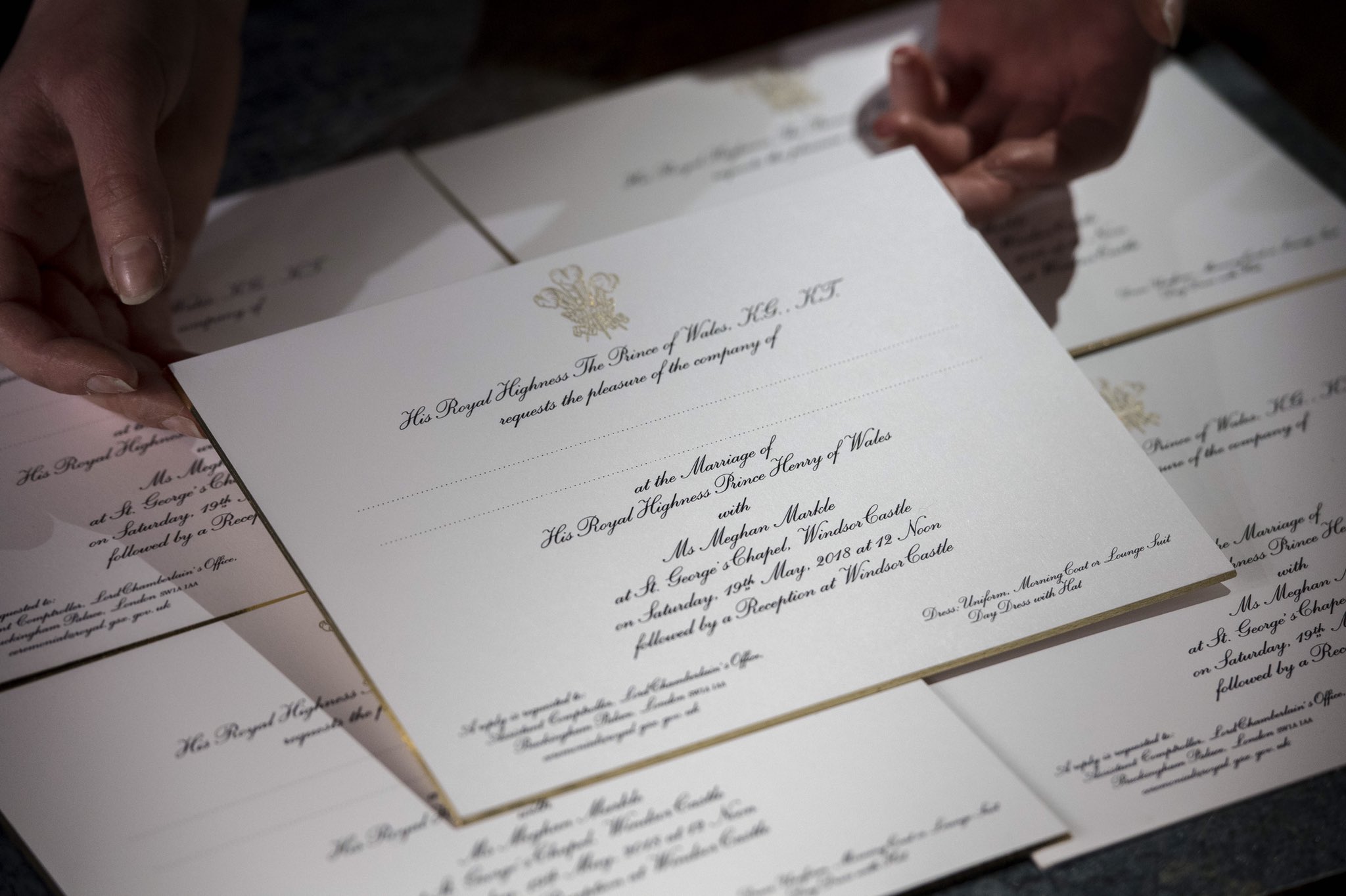 Following a royal tradition that dates back to 1985, the invitations were made by London-based company Barnard and Westwood.

Kensington Palace also revealed that Lottie Small, who recently completed her apprenticeship, printed every invitation, in a process known as die stamping, on a 1930s machine that she nicknamed 'Maude'.

Lottie Small, who recently completed her apprenticeship, printed all of the invitations in a process known as die stamping, on a machine from the 1930s that she affectionately nicknamed Maude. pic.twitter.com/kWs2RFx7nN

Using American ink on English card, the invitations are printed in gold and black, then burnished to bring out the shine, and gilded around the edge. pic.twitter.com/gQpC6tDot0

The invitations were made using American ink on English card, and were printed in gold and black.

Meghan Markle's wedding band will be made using Welsh gold, in a royal tradition started by the Queen's mother. This type of gold was first used for royal wedding rings in 1923, when King George VI married Elizabeth Bowes Lyon.

The Queen did the same in 1947 when she married Prince Philip, and it has become a tradition at royal nuptials ever since.

Prince Harry is thought to have rejected the chance to sign a prenup before the wedding, while it has also been reported that he has invited three of his exes to the ceremony.