Prince William and Kate Middleton confirm the name of their baby boy!

The Duchess of Cambridge gave birth to the boy at 11am on Monday (April 23) at the Lindo Wing at St Mary's Hospital, Paddington, in central London.

Prince Louis is now the fifth in line to the throne, behind his grandfather Prince Charles, his father Prince William, and his siblings Prince George and Princess Charlotte.

He will be known as His Royal Highness Prince Louis of Cambridge.

The Duke and Duchess of Cambridge are delighted to announce that they have named their son Louis Arthur Charles.

The baby will be known as His Royal Highness Prince Louis of Cambridge. pic.twitter.com/4DUwsLv5JQ

Louis is also one of the middle names of Prince William, and of his brother, George.

Arthur is one of William's and Charles's middle names, and was also a middle name of King George VI - the Queen's father. While, Charles is obviously taken from his grandfather's name.

Kensington Palace announced the birth on Monday, saying: "Her Royal Highness The Duchess of Cambridge was safely delivered of a son at 1101hrs. 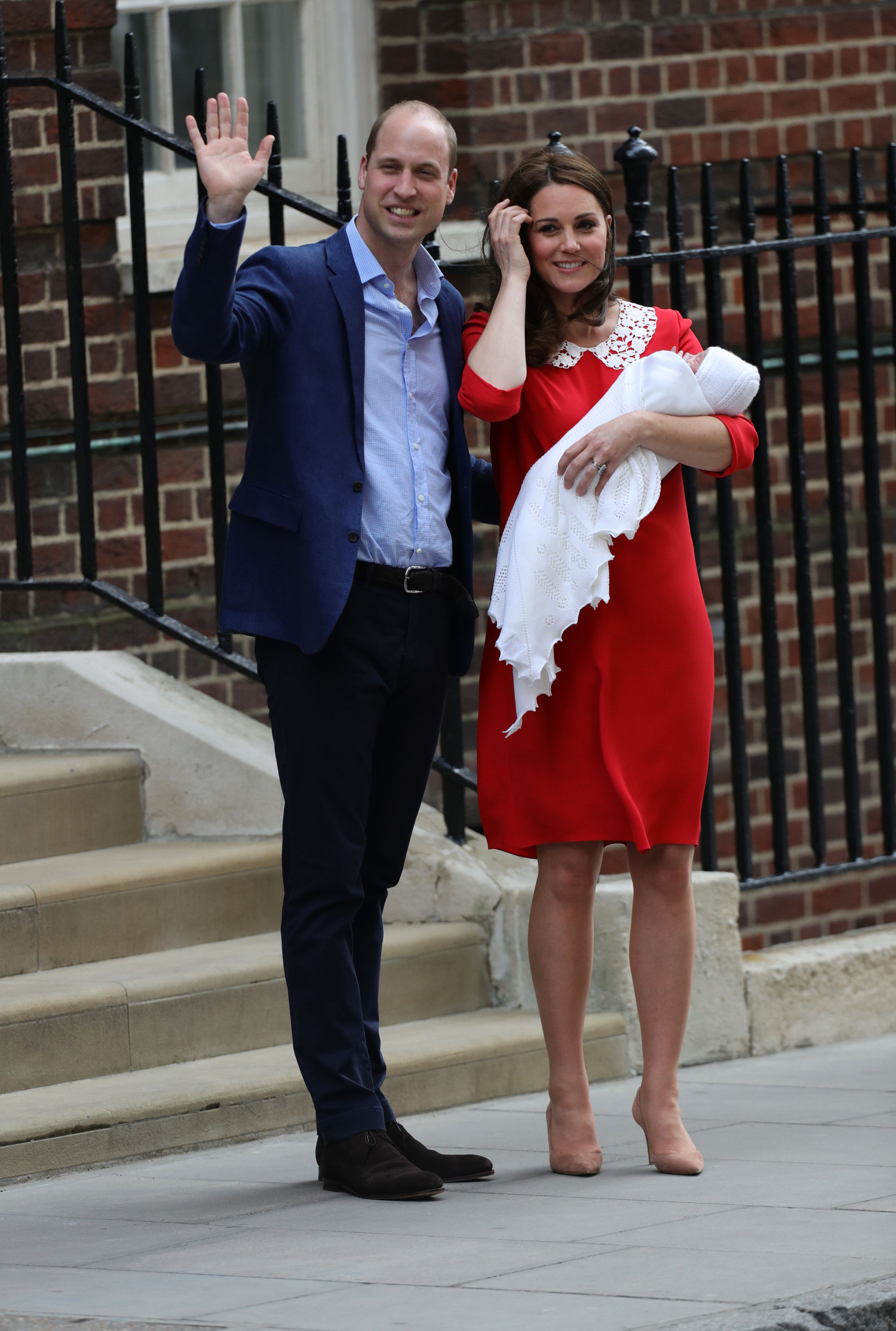 "The baby weighs 8lbs 7oz. The Duke of Cambridge was present for the birth. Her Royal Highness and her child are both doing well."

William and Kate waved to crowds and photographers who had waited outside the hospital yesterday evening, soon after George and Charlotte had met their little brother.

Bookies had championed Mary, Alice, Alexandra, Elizabeth and Victoria for a girl's name, and Arthur, Albert, Frederick, James and Philip for a boy.

Meanwhile, Prince William has been asked by his brother Prince Harry to be best man at his wedding to Meghan Markle on May 19.

A rather tired William was spotted struggling to keep his eyes open at a service at Westminster Abbey this week, just two days after the birth of his third child.