David Bowie forever had a reputation for being forward-thinking.

Whether it was his ever-changing outfits that reinvented what a popstar persona could be; his chameleonic ability to introduce different genres of music to the mainstream; or even predicting how revolutionary the internet would be in terms of the music industry.

It's safe to say that David Bowie always had his finger on the pulse of contemporary culture.

During the 1980s and the advent of music video television, he even recognised the disparity between flagship channel MTV playing white artists' music to black artists' music.

Bear in mind, this was at a time when the likes of Prince, Luther Vandross (a former understudy of Bowie's), Lionel Richie, and Michael Jackson were all riding high in the charts.

Of course, Michael Jackson would go on to dominate the era as he capitalised on mixing mind-blowing visuals with his music, but aside from the 'King Of Pop' black artists weren't getting the coverage their music deserved.

Bowie noticed this however, and he wasn't afraid to point it out whilst appearing on MTV itself.

In another resurfaced interview with MTV whilst promoting his album Let's Dance, he calls out the channel directly as he was on air:

"Having watched MTV over the past few months, it’s a solid enterprise with a lot going for it" he says to interviewer Mark Goodman.

"I'm floored by the fact that there are so few Black artists featured on [MTV]. Why is that?"

“The only few black artists one does see are on in about 2:30 in the morning until 6:00,” Bowie continued, “Very few are featured prominently during the day."

Goodman who clearly feels awkward about his employers being ridiculed by one of the world's greatest musicians then quickly (and perhaps foolishly) responds by blaming the different geographical tastes within the country:

"We have to try and do what we think not only New York and Los Angeles will appreciate, but also Poughkeepsie or the Midwest, pick some town in the Midwest that would be scared to death by Prince, which we’re playing, or a string of other black faces."

"We have to play the type of music the entire country would like."

Bowie then subtly smirks in disbelief and offers his counter argument when the interviewer says kids aren't interested in watching the likes of the Isley Brothers:

“I’ll tell you what maybe the Isley Brothers or Marvin Gaye means to a black 17-year-old,” Bowie said. “And surely he’s part of America as well. Do you not find that it’s a frightening predicament to be in?"

"Is it not possible it should be a conviction of the station to be fair? It does seem to be rampant through American media. Should it not be a challenge to make the media far more integrated?”

After the interview draws to a close in an amicable fashion, the message was loud and clear.

MTV later reconsidered their policy on black music after the stellar success of Michael Jackson, but nothing was said up until that point, by anyone.

Only David Bowie spoke out and went against MTV's biased coverage, adding yet another reason to why he was one of rock music's most universally adored icons. 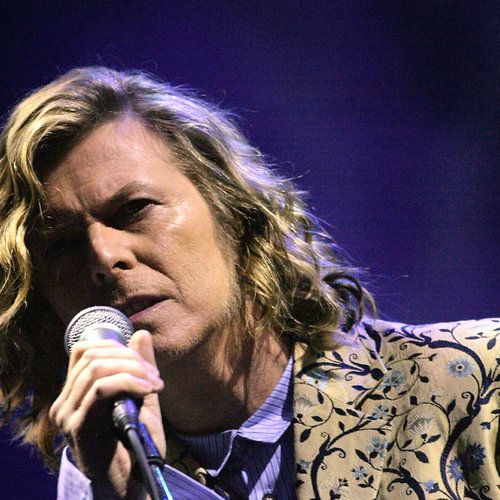