Tom Jones has impressed audiences all over the world with his incredible voice and stage presence, but this video from the 1970's proves the welsh superstar was also a sensational dancer...

Who knew Sir Tom Jones could give good friend Elvis Presley a run for his money in the dancing stakes?

Footage from 1969 confirms why the Welsh superstar merits his 'sex bomb' nickname as he shows off his unusually energetic dance moves to a screaming crowd.

Filmed during the years Tom Jones fronted his own music variety show This is Tom Jones in the USA, the video shows the Welshman letting loose and going wild in front of a TV audience of millions.

The video showcases Tom Jones' performing 'Treat Her Right' and shows the singer stopping to talk – and sometimes even kiss – women in the audience.

In the footage Tom Jones speaks to two sisters as they grab the star and kiss him squarely on the mouth, before he turns away to sing the rest of the song.

Sir Tom was a huge star in the US and as a result was able to attract the very best musical talent from across the world to his TV show, which he filmed in both the US and the UK.

Acts that performed over the years included the Bee Gees, Aretha Franklin, Stevie Wonder, The Who, Little Richard, Janis Joplin, Joe Cocker, Cher and comedians including Richard Prior and Peter Sellers to name just a few.

The 1970's was the height of Tom Jones' 'sex magnet' phase, earning himself the nickname of being a lothario, despite being married to the same woman throughout.

Tom Jones was married to wife Linda for 59-years until her death in 2016, and despite Tom's numerous infidelities - he once said at the height of his fame he was sleeping with up to 250 women a year - they remained together all their lives.

The star told Rolling Stone in the 1970's that he became known as a 'panty magnet' after a woman in the audience was seen offering him a pair of her knickers mid-show.

“She took them off and I said, ‘Watch you don’t catch cold,'” Jones says laughing. “But it backfired on me. Somebody wrote it up in the papers, so they were bringing them in handbags."

See more: Photos of Tom Jones at 80: 'The women, the sex… I don’t regret anything'

“It was wonderful, I was staying in a hotel on Sunset Strip and I had to go to Paramount Studios for work," he said on The Graham Norton Show in January this year.

The Welsh crooner was taken to the studio lot the next day and stayed in the shadows as he watched The King acting on set..

“So he gets out of this helicopter and starts walking towards me. I had a record out at the time, my third single called ‘With These Hands' and Elvis is suddenly walking towards me and he’s singing ‘With these hands, I will cling to you…’

As a teenager, when Tom would tell his friends in his home town of Pontypridd "I'll meet Elvis one day," and of course no one believed him, yet Elvis' lifelong friend and manager of The Beach Boys, Jerry Schilling, recalled how Tom Jones became one of Presley's most trusted and beloved friends until the star's death in 1977.

We're sure The King was no doubt proud of Tom Jones' rock 'n'roll moves... 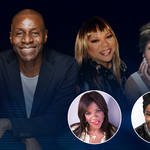 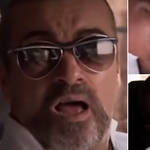 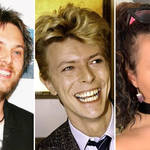 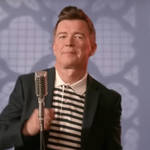