Sir Tom Jones was appearing on The Graham Norton Show when he recalled the incredible moment he first met The King in Hollywood and he sang the Welsh youngster's single, 'With These Hands'.

Sir Tom Jones has rubbed shoulders many of the greatest performers in living memory.

The 80-year-old career has seen him sing with everyone many stars including Ella Fitzgerald, Stevie Wonder, Aretha Franklin and even Carlton from The Fresh Prince of Bel-Air, but nothing compares to his close friendship with The King himself, Elvis Presley.

The Voice judge appeared on The Graham Norton Show at the weekend (January 29) when he recalled the amazing moment he first met Elvis at the very start of his 50-year career.

The Welsh crooner, who was on the show to promote his 41st album Surrounded By Time, happily opened up about the first time he met Elvis on the set of a major Hollywood film, no less.

Recalling the first time he met Elvis Presley, Sir Tom recalled being astounded when he was told that The King himself wanted to meet with him.

“It was wonderful, I was staying in a hotel on Sunset Strip and I had to go to Paramount Studios for work.

“I though ‘Elvis Presley wants to meet me?’ it was unbelievable!" the singer recalls, “So I went there and they said, 'Elvis is filming and once they’ve stopped the filming, you go in'.

"They closed the doors [behind me] and I’m standing there in the back with the ‘Memphis Mafia’, the people that work for him, and Elvis is there in a mock helicopter with a girl.

“They did the scene and I’m there thinking ‘Oh my, it’s Elvis Presley’.

“So he gets out of this helicopter and starts walking towards me. I had a record out at the time, my third single called ‘With These Hands' and Elvis is suddenly walking towards me and he’s singing ‘With these hands, I will cling to you…’

Despite the interview on Graham Norton's show ending there, Tom Jones had previously spoken about the moment to Rolling Stone in 2015 and elaborated on what happened next.

“Elvis said to me, ‘How the hell do you sing like that?’" Tom recalls.

"And I said, ‘Listening to you, for one thing’ — and Jerry Lee Lewis and Chuck Berry, Fats Domino, Mahalia Jackson, and things that he was influenced by.

"Elvis said, ‘Yeah, but I was brought up there. I went to black gospel churches. Is there anything like that in Wales?’ I said, ‘No, I was listening to it all on the radio.’ Like all of us did in Britain.”

As a teenager, when Tom would tell his friends in his home town of Pontypridd "I'll meet Elvis one day," and of course no one believed him, yet Elvis' lifelong friend and manager of The Beach Boys, Jerry Schilling, recalled how Tom Jones became one of Presley's most trusted and beloved friends until the star's death in 1977.

"We would all get together at a friend's house and they would sing songs at the end of the night. Tom liked to sing Elvis' "One Night With You"

"They even went on vacation together to Hawaii and spent lots of time together in Las Vegas.

"Elvis was always cautious about letting people get close and what their intentions were," he says: "But he was inspired by Tom and they became very good friends."

'With These Hands' was written by Benny Davis and Abner Silver and was first released by Eddie Fisher in 1953, reaching number 7 in the US pop chart.

The song was then released by Shirley Bassey in 1960 and reached only number 38 on the UK chart, before a version was recorded and released by Tom Jones in 1960.

'With These Hands' reached hit number 13 on the UK chart and number 3 on the US adult contemporary chart and paved the way for the Welsh crooner's huge success in the United States.

On the January 16 episode of The Voice Tom Jones gave an incredibly tender performance of the song, showing the public just why Elvis sang it to him all those years ago.

Sir Tom sang the beautiful 1965 hit 'With These Hands' for the awestruck audience as his fellow coaches looked on, giving him a roaring standing ovation as the last notes of the song faded away.

Viewers of the show took to social media to give praise for the performance and many said his moving rendition of the song had reduced them to tears.

“Tom Jones making me cry. What a singer! #TheVoiceUK,” one viewer said.

“Tom Jones's voice is in the finest condition, there is no denial #thevoiceuk #thevoice,” another said. 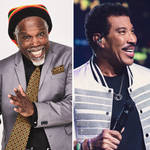 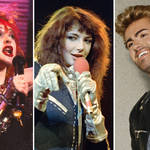 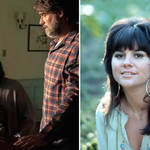 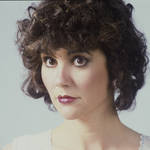