Tom Jones appeared on BBC's The One Show and revealed the final words his wife Linda Trenchard gave him on her deathbed before she passed away from lung cancer in 2016.

Singing sensation Sir Tom Jones, who was married to his wife for 59 years, has told an emotional story of what she said on her deathbed.

Linda Trenchard, Tom's childhood sweetheart, passed away aged 75 from lung cancer in 2016, leaving behind her devastated husband and their son, Mark.

During an appearance on The One Show yesterday (April 23), Tom Jones, 80, revealed to hosts Alex Jones and Michael Ball that his new album Surrounded By Time marks significant moments in his life.

The collection of covers includes the track 'I Won’t Crumble With You If You Fall', a song he said reminded him of when his wife was dying.

"I was there in the hospital room with her for the last 10 days and I said, 'My god Linda, I don’t know what I’m going to do with myself because I won’t be able to sing, I won’t be able to get the words out,' Tom Jones recalled. "She said: 'You must!'"

"She said: 'Don’t fall with me! You know, I gotta go. But you don’t have to. And you’ve got to go and do what we planned to do', which was to move back to London," he told a visibly moved Alex Jones.

"And she said: 'But when you get on the stage, think of me laughing. Don’t think of me as I am now. Think of all the years we’ve had together and that should lift you up.' Which it does."

Tom Jones had previously spoken about his wife's death and his guilt that he could have done something to help her sooner.

In 2019 the singer said he is 'partly to blame' for Linda's death because, if he thought that if he had done something about her symptoms earlier doctors could have treated the illness.

Sir Tom told The Mail On Sunday that the couples favourite song was Bob Dylan's 'What Good Am I?' and that the lyrics make him wonder about if he could have saved her.

"The song is about someone who turns their back and someone who is not seeing what is really happening. It started to mean more. It's like, 'Why couldn't I have stopped it?'" he said in the interview.

"I was reading into the lyrics thinking, 'Jesus Christ, was I partly to blame? Should I have woken up before?' I thought, 'What could I have done?'"

"I couldn't really have done anything because by the time we found out it was too late, so there's not a lot you can do. But then you start to think, 'What if I had forced her to go to the doctors?' Because she didn't go. You think, 'S***, maybe I should have said she had to.'"

In a recent interview with The Sun, Tom Jones said that after Linda died he really wasn't sure if he would be able to survive.

See more: Sir Tom Jones reveals how he really feels about ageing and the proudest moment of his 60 year career

"I honestly didn’t think I was going to get through it," he said. "I had to go and see a grief therapist because I kept thinking, 'Did I do enough? Was I on the case? Did she slip away without me really realising what was happening?'" 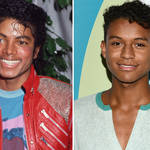