It's almost impossible to select just a handful of the best Stevie Wonder songs, but we've tried it!

From his days as Little Stevie Wonder to becoming one of the all-time great soul singers, Stevie has written and performed countless classics over the decades.

Here are 20 of the very best to make the ultimate Stevie Wonder beginners' playlist:

This was the first single to showcase Stevie Wonder’s talents at the clavinet keyboard, and was one of his first successful co-written tracks during his 1960s Motown period.

The song sees the singer warn a rival that their treatment of their girlfriend will only send her into his arms. A young Michael Jackson covered the song on his 1972 album Ben, which was in turn sampled on the 2000 dance song ‘Because of You’ by Scanty Sandwich.

Taken from Stevie's iconic Songs in the Key of Life album, this song focuses on his childhood from the 1950s into the early 1960s.

The song was a top five hit in the UK, while it topped the US charts in 1976.

This was the song that introduced 'Little' Stevie Wonder to the world, and proving just what a genius he is, aged just 12 at the time.

Written his mentors, Clarence Paul and Henry Cosby, the song was originally a jazz instrumental, and the live version was recorded in 1962 during a performance at the Regal Theater in Chicago, Illinois.

Containing just a few batches of improvised lyrics, the song is essentially an instrumental, that was meant to showcase Stevie's talents on the bongos and the harmonica.

Bonus fact: The song featured drumming by Marvin Gaye, who had been playing drums for Stevie and other Motown artists in 1960 before becoming a singer in his own right.

From his 1971 album Where I'm Coming From, this ballad describes a failed relationship using the metaphor of changing seasons.

It was later covered by many artists, most famously as a folk song by Joan Baez for her classic 1975 album Diamonds and Rust.

Written by Ron Miller and Orlando Murden for Motown Records, it was originally a slow ballad and first recorded by Barbara McNair.

However, Stevie Wonder's upbeat version became the most well known. This was despite Motown chief Berry Gordy not liking Wonder's version,  and it required Billie Jean Brown, the head of the Motown Quality Control department, convincing him to release it.

This was Stevie's first hit that he co-wrote himself, and saved himself from being dropped after a few years of disappointing sales.

On the day of the recording, co-writer Sylvia Moy had only just completed the lyrics, but didn't have them in Braille for Wonder to read. She had to sing the song to him as he was recording it. She sang a line ahead of him, and he repeated the lines as he heard them. Wow.

In 1970, Stevie recorded this soul take on The Beatles' classic from several years earlier.

He has performed it for Sir Paul McCartney on a couple of occasions, including when McCartney was given the Grammy Lifetime Achievement Award in 1990 and at a White House ceremony held in McCartney's honour.

Released in 1970, this track was the first single Stevie produced entirely on his own, and was also the first to feature his female backup singing group consisting of Lynda Tucker Laurence (who went on to become a member of The Supremes), Syreeta Wright (who also co-wrote the song), and Venetta Fields.

It has received many covers over the years, including one in which Stevie teamed up with boyband Blue in 2003.

This 1976 song was written to celebrate the birth of his daughter Aisha. The longer album version even opens with the sound of a baby crying, and the outro features Aisha as a baby.

In 2012, Stevie performed a new version with lyrics dedicated to The Queen, for the Diamond Jubilee Concert.

This synthpop-inspired number was a number one US hit for Stevie in 1985.

This became Stevie's biggest ever hit in 1984, and topped the charts in 19 different countries.

The song was written for the movie The Woman in Red, and ended up winning a Grammy and Oscar for Best Song.

One of Stevie's greatest love songs, this heartbreaking ballad was taken from his 1980 album Hotter than July.

In 1993, it was covered by R&B group Jodeci, reaching the US top five.

This 1980 track was built on a heavy reggae sound, and was a tribute to reggae legend Bob Marley.

Stevie had been performing live with Marley on his US tour in the autumn of that year. Lyrics mention the "children of Jah" and the end of the civil war in Zimbabwe. Marley died a year later.

One of Stevie's first ever hits, it reached the US and UK top five in 1967.

The song was written by Stevie, alongside his mother Lula Mae Hardaway, Sylvia Moy and producer Henry Cosby.

This funk tune was taken from Stevie's iconic 1973 album Innervisions. Wonder wrote and recorded the song in a three-hour burst of pure creativity in May 1973. We wish we had that kind of power!

Speaking out its inspiration, Stevie later told The New York Times: "I would like to believe in reincarnation. I would like to believe that there is another life. I think that sometimes your consciousness can happen on this earth a second time around. For me, I wrote 'Higher Ground' even before the accident [a car crash].

"But something must have been telling me that something was going to happen to make me aware of a lot of things and to get myself together. This is like my second chance for life, to do something or to do more, and to value the fact that I am alive."

This 1969 track was originally called 'Oh, My Marsha', and was written about Stevie's girlfriend, while he was at the Michigan School for the Blind. Following their break-up, the lyrics and title were altered to 'My Cherie Amour'.

In 2014, it was heavily sampled in the dance track number two hit 'Wish You Were Mine' by Philip George.

This was one of the first soul music songs to deal explicitly with systemic racism, and to use everyday sounds of the street like traffic, voices and sirens, which were combined with the music recorded in the studio.

The song tells of a young kid from Mississippi who moves to New York City. In Mississippi, he dealt with many hardships, but was surrounded by caring people. In New York City, he is quickly taken advantage of and is caught with drugs. His dreams are destroyed when he is sentenced to 10 years in jail.

This soul anthem song implies that the love the singer has for the object of his partner will never diminish, as he says that he will love until the physically impossible becomes true. The track gets its name from the first word of the song, which is repeated many times throughout.

This funk anthem was written in tribute to jazz legend Duke Ellington, who had died in 1974. The lyrics also refer to Count Basie, Glenn Miller, Louis Armstrong and Ella Fitzgerald.

Stevie later said: "I knew the title from the beginning but wanted it to be about the musicians who did something for us. So soon they are forgotten. I wanted to show my appreciation."

Arguably Stevie's most famous song, it is also one of the most popular and successful funk tunes of all time.

It was originally intended to be released by British guitarist Jeff Beck first, but Motown's Berry Gordy convinced Stevie to bring it out as he knew it would be a huge hit. He was right! 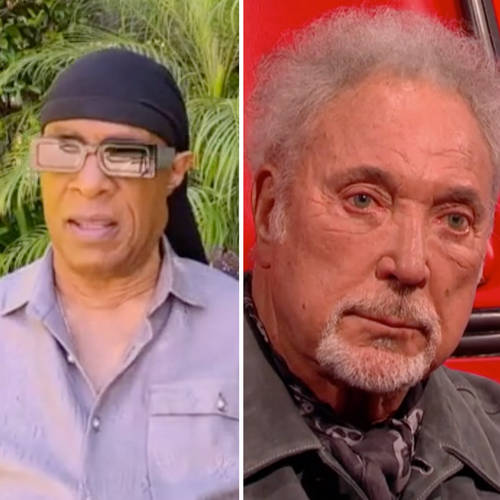 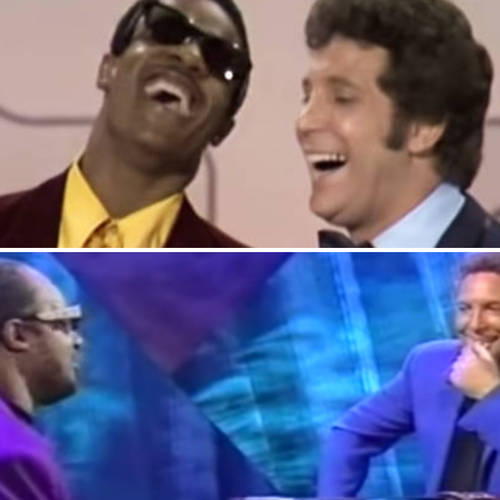 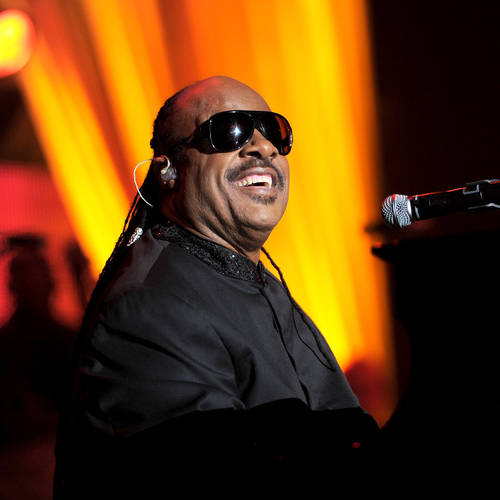 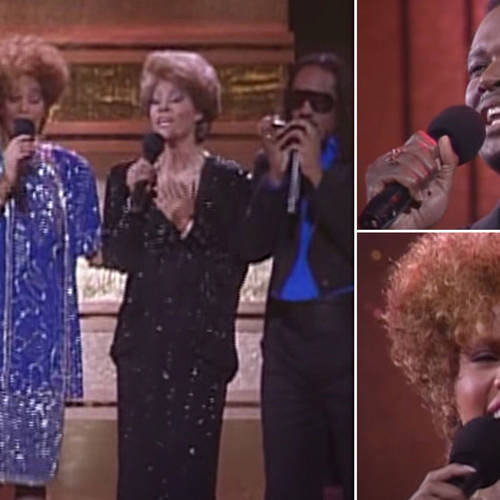 When Elvis Presley joined Celine Dion on stage for a mind-blowing duet 30 years after his death (Yes, really)

Queen speak candidly about Live Aid 'egos' in rare pre-concert video: "It's going to be chaos"